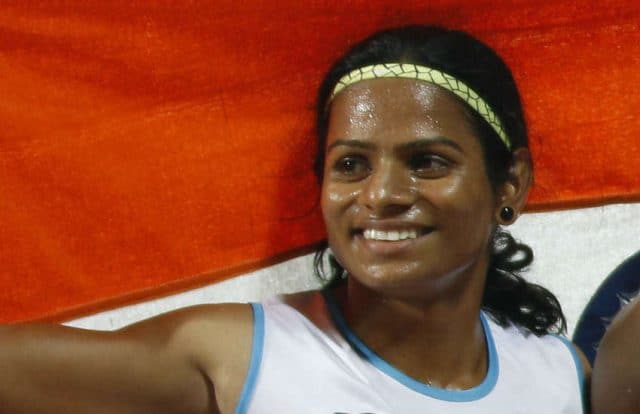 Professional sprinter Dutee Chand has come out as bisexual and revealed she is in a relationship with a woman.

The 2018 Asian Games silver medalist is the first Indian sports star to publicly admit being in a same-sex relationship.

Chand is the current national champion in the women’s 100 metres event and is looking to take part in the next Olympics.

She adorably referred to her partner as her ‘soulmate’. The athlete explained her girlfriend is a student from her hometown Chaka Gopalpur in the eastern Indian state of Odisha. However, she didn’t reveal the girl’s name to avoid ‘undue attention’.

‘I have found someone who is my soul mate,’ Dutee told The Sunday Express.

She furthermore added: ‘I believe everyone should have the freedom to be with whoever they decide they want to be with. I have always supported the rights of those who want to be in a same-sex relationship. It is an individual person’s choice.’

‘Currently, my focus is on the World Championships and the Olympic Games but in the future, I would like to settle down with her.’

‘My eldest sister kind of wields power and authority in my family. She has thrown out my elder brother from home because she does not like his wife. She has threatened me that same will happen to me,’ she explained.

Chand then added: ‘She feels that my partner is interested in my property. She has told me that she will send me to jail for having this relationship.’

‘But I am also an adult who has individual freedom. So, I decided to go ahead with this and make it public.’

Five Supreme Court judges ruled Section 377 of the Penal Code was unconstitutional. They also said it violated the right to privacy.

But not everyone in India welcomed the ruling and campaigners said decriminalization in the courts was just the beginning of LGBTI equality.