Home Gay Life Dwight Howard: I’m not gay, but I understand why people hide that 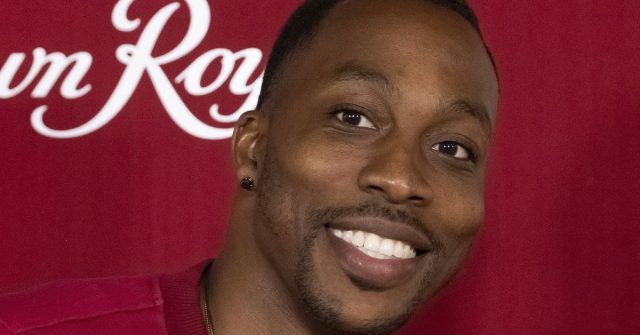 The Memphis Grizzlies player once known as “Superman” addressed rumors about his sexuality that have been swirling since last November, and the reaction people had to those rumors, which he said gave him new perspective on himself, on gay athletes, and others.

“I think that liberated me,” Howard told reporter Kristine Leahy. “Because I saw how a lot of people would feel, whether they’re gay or they’re straight. Whether they have issues. People are afraid to be who they are. They’re afraid to just step out and be. Because they’re afraid of what other people might say or think about them. That situation made me realize you’re not like this, but just be you, be free.”

That statement led to a request for clarity from Leahy, which Howard provided.

“I’m not gay… It hurt at first to go through it. I sat at home and I was like ‘I never want to come outside again.'” @DwightHoward spoke on the allegations that he was gay.

The interview comes amid a legal battle in Georgia between Howard and a self-identified gay man, author Masin Elije. As ClutchPoints.com reported, Elije has twice before made accusations that celebrities were in a same-sex relationship with him, and those accusations turned out to be false.

Howard has consistently denied Elije’s claims, calling them “false” in an interview with TMZ, and did so again in this new interview with Fox Sports.

“I went through a situation last year that really just set me free,” Howard said. “It ended up being a situation that was—it went viral. People were talking about it, and it upset me because I didn’t even know who the person was. Why would somebody who I never met, never had any contact with, make up a whole story about me? I saw all the hate, the pure hate, from people that I’ve never met before, just pile up everywhere I went.”

Elije claimed in social media posts last fall that he had a sexual relationship with Howard, and said Howard sexually harassed, threatened and even plotted to kill Elije if he talked about it publicly… which he did, releasing audio recordings of a man he said was Howard. In March, Black Sports Online broke the news that Elije was suing Howard in Georgia. He also claims Howard cheated on him by having a sexual relationship with a transgender woman; some reports have incorrectly identified Elije as trans.

Elije today responded to the Fox Sports interview on Twitter.

None of this will matter in court. He can continue his rants to protect his image but he knows, like I know, like our lawyers know I HAVE PROOF he harassed & threatened me AND threatened my lawyers! I said what I said, I stand by what I said. https://t.co/rrGQjHDQ9t

The Grizzlies are Howard’s seventh team in ten seasons, and according to a source who spoke to ESPN, he is about to be traded again, or released, before the 2019-2020 season begins in October.