Home Gay Life Dwyane Wade: ‘My job as a father’ to support son at Miami... 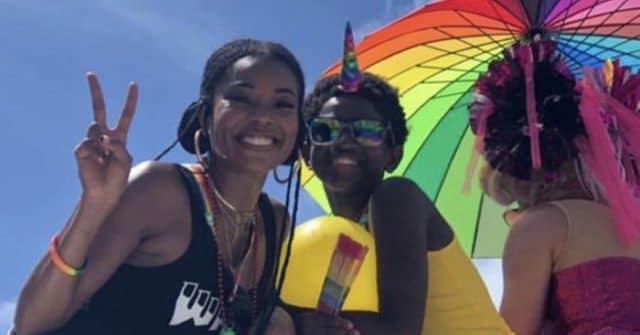 Retired NBA legend Dwyane Wade has a long list of accolades, but his most recent one might be the most rewarding of all: supportive father.

The three-time NBA champion discussed his duty to lift up his son, Zion, as he tells his story of identity during a sit down with Variety last week. “I think as a family, we should support each other. That’s our job. And my job as a father is to facilitate their lives and to support them and be behind them in whatever they want to do,” Wade said.

Wade made headlines in April during Miami’s Pride weekend. Zion attended the celebration with his older brother, Zaire and stepmother, Gabrielle Union. They even rode on a float in the Pride parade.

The Miami Heat star was in Toronto for a game on that day but still encouraged and celebrated his son via Instagram. “We support each other wide Pride,” Wade wrote on an Instagram story highlighting his family’s experience. “Zion had his own cheering section today. Wish I was there to see you smile kid,” he continued.

Dwayne Wade and Gabby Union supporting young Zion at Miami Pride is so beautiful, I could cry. I can’t imagine having had this type of support as a kid (or even young adult). Amazing example of living in and showing unconditional love pic.twitter.com/2cT8Ow6kik

Many echoed his praise for Zion across social media, but it wasn’t without its critics. Wade addressed those that criticized his paternal message of support with a simple message: “This is my job as a father.”

“I’m very uneasy about accolades that come from supporting my kids or the negativity that comes from it. I’m doing what every parent has to do. Once you bring kids into this world, you become unselfish. It’s my job to be their role model, to be their voice in my kids’ lives, to let them know you can conquer the world. So, go and be your amazing self and we’re going to sit back and just love you.”

Now that he’s retired, maybe Wade will hop on the float when rainbows decorate South Beach once again next year.