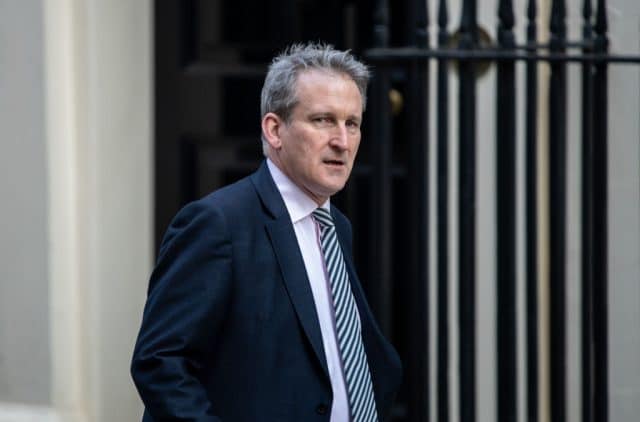 The protests outside a Birmingham primary school against LGBT-inclusive lessons “have to stop,” education secretary Damian Hinds has said.

On May 31 an injunction was granted by Birmingham City Council to prevent protesters from gathering outside the school.

“All children of all ages should know about relationships and should be respectful of other people’s relationships,” Hinds said to ITV News.

Children at school may have two mothers or two dads, Hinds said, which is “just a fact of life in modern Britain.”

Hinds, who was raised as a Catholic, said, “I happen to have a faith which has love at its heart, actually, and I think that’s true for people of faith in general as it is for people who don’t have any faith.”

“Of course different religions have their own different traditions and in this country we have diversity in our school system, including faith schools,” he said.

“Diversity and equality are a matter of fact and a matter of law and it’s right that we respect that in schools,” he said.

Hinds also made it clear that sex education is not compulsory until secondary school age.

Teachers at Anderton Park Primary School in Birmingham are reportedly breaking down in tears because of hostility from parents protesting the teaching of same-sex relationships.

Nazir Afzal, a former chief prosecutor for North West England who is in charge of talks between the council, parents and teachers, told Sky News that school staff are at risk.