Home Gay Life Ellen Cries After The Mormon Student Who Came Out At Graduation Ceremony... 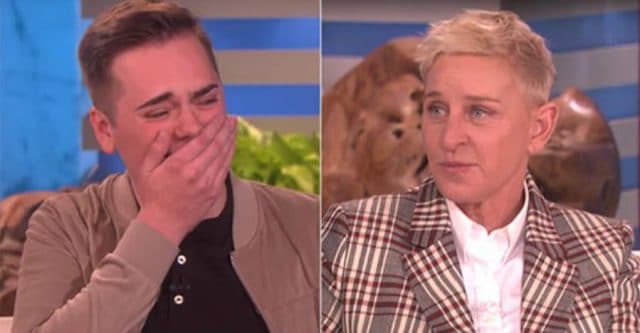 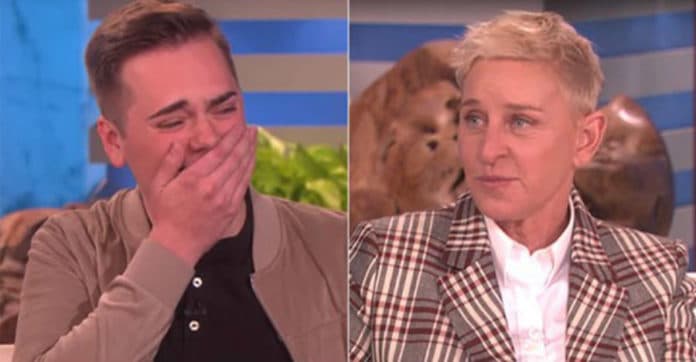 The boy that made national headlines last month after coming out as gay during his graduation speech from Brigham Young University, Matty Easton, had a very emotional conversation with Ellen DeGeneres on her show.

He said that his hands were so sweaty, and he was feeling very nervous. He was going back and forth, and he was wondering if he was gonna do it or not.

Easton says that he couldn’t even hug another male while he was a student at the risk of potentially being reported and expelled, as the school has a very strict “honor code”. He told Ellen that it’s really scary as a gay student.

He then shared an emotional story about another gay BYU student named Harry.

Harry was in sort of the same situation as Easton, and he decided to come out on Facebook. However, because of the rhetoric, and the response that he got from the community, he actually ended up taking his own life. Easton wondered if that’s his future too, so he thought to himself that No, his future is something brighter, something better!

“We can succeed. We can do what we want and accomplish our dreams.’ So that’s why I chose to come out there.” – he added.

Easton added that he honored his classmate with a white stole of honor during his speech, and Ellen tearfully ended up the conversation by saying that it’s all about visibility. People want to keep us quiet all the time, but what he did was amazing, and it’s good that he is going to be seen by a lot of people.