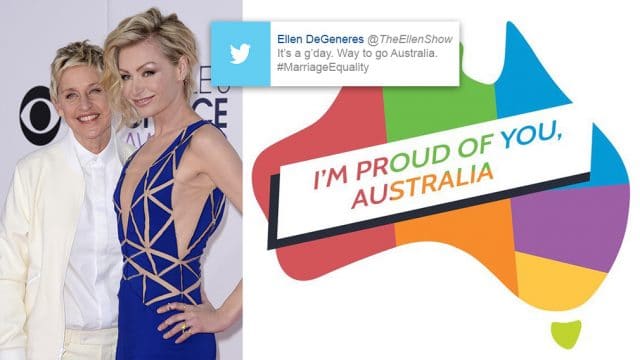 Australia has voted ‘yes’ for marriage equality, and people across the country – and the world – are taking to social media to celebrate.
An outpouring of love has come from both local and international celebrities, who haven’t been shy about letting their voices be heard. 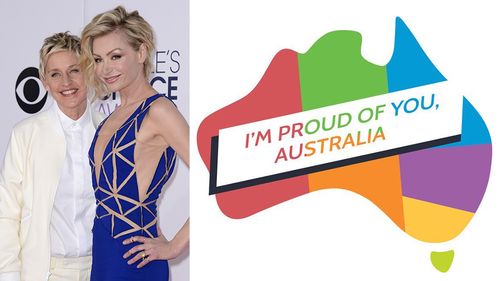 Large congregations of people gathered in all the state capitals to hear the announcement at 10am today, and cheers erupted from the crowds as it was announced 61 percent of survey participants had voted yes.
At Prince Albert Park in Sydney one man wasted no time proposing to his boyfriend to loud cheers from the crowd.
Aussie actor and comedian Magda Szubanski was seen dancing with a group of people.
Labor MP Penny Wong was photographed moments after the announcement, her hand in hands, crying with happiness.
Aussies and plenty of people across the pond were quick to jump on social media to celebrate. 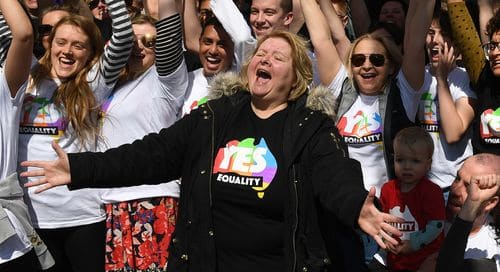 Magda Szubanski is seen at a marriage equality rally in South Melbourne in Sunday. (AAP) () 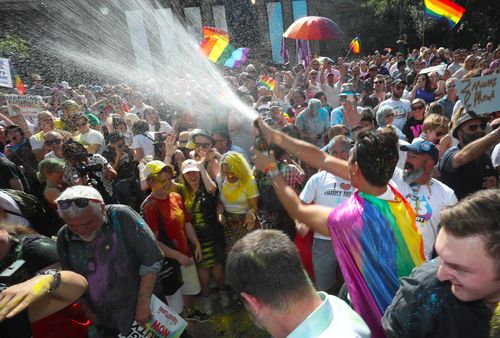 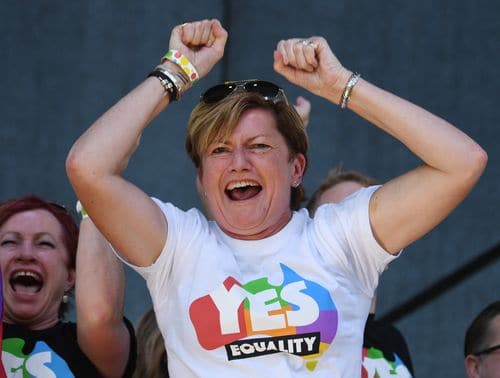 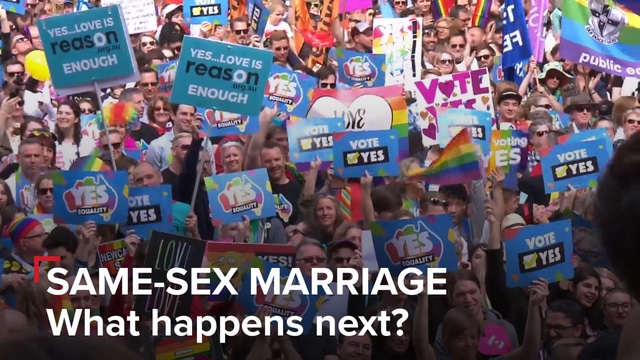