“I’ll fight for anyone who is misunderstood and misrepresented by the idiots out there.”

Elton John insists rapper Eminem is not homophobic, despite numerous anti-gay and anti-trans lyrics in .

“I’m always a supporter of the people that are getting trashed. For me Eminem was never homophobic,” John told Beats 1. “I’ll fight for anyone who is misunderstood and misrepresented by the idiots out there.” 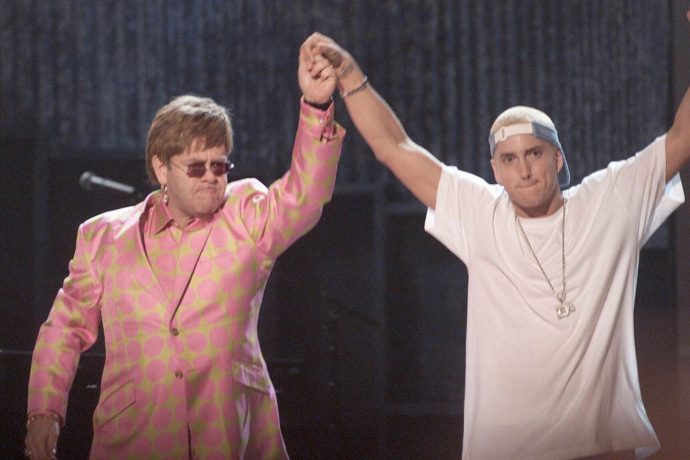 The two chart-toppers famously sang “Stan” together on the 2001 Grammys, and John says he was “floored” when he heard the Marshall Mathers LP for the first time. “I thought how could anyone think this is [what he really thinks]? He’s just writing about the way things are. Not how he thinks, but the way things are.”

On that very album, Emimen raps on “Criminal”:

My words are like a dagger with a jagged edge
That’ll stab you in the head, whether you’re a fag or lez
Or the homosex, hermaph or a trans-a-vest
Pants or dress, hate fags? The answer’s “yes”

In “Rap God,” Eminem brags about his ability to “break a motherfucker’s table over the back of a couple faggots and crack it in half.” 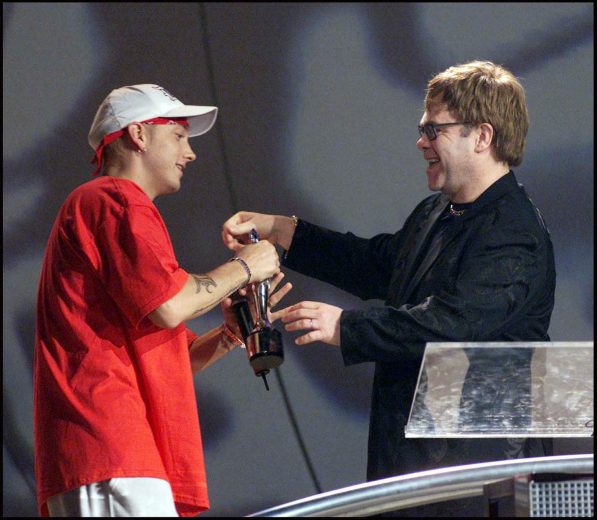 The second verse goes on from there:

“Little gay-looking boy/ So gay I can barely say it with a straight face-looking boy
You witnessing massacre like you watching a church gathering taking place-looking boy
“Oy vey, that boy’s gay,” that’s all they say looking-boy
You take a thumbs up, pat on the back, the way you go from your label every day-looking boy.”

In fact, homophobic lyrics are Eminem’s calling card, but his public friendship with John enabled him to play it both ways—dropping atrocious comments and then immediately distancing himself from them. John says Eminem even sent him and husband David Furnish a wedding present. “In a case, on velvet cushions, were two diamond cock rings.” 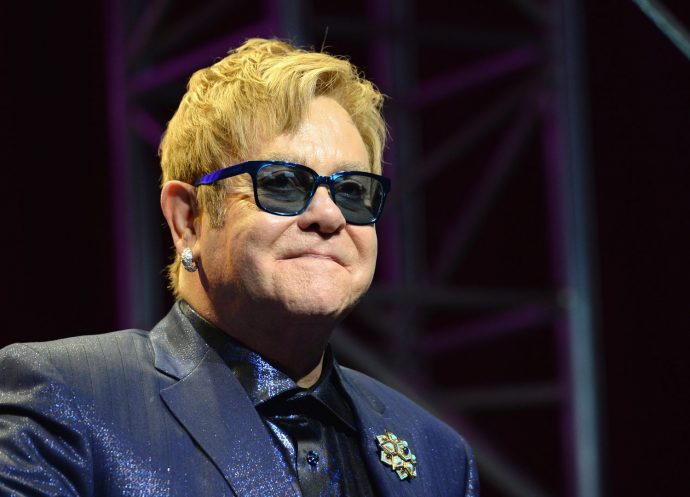 The out singer also defended Guns N’ Roses frontman Axl Rose, who sang “Immigrants and faggots/They make no sense to me” in the 1988 song “One in a Million.”

“Never in a million years did I think [Axl] was homophobic. So I did things,” John explained. “I did the MTV Music Awards with him and Guns N’ Roses and I did the Grammys with Marshall and I became very big friends with Marshall.”