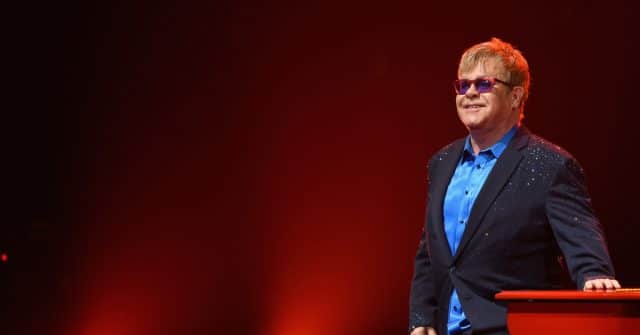 Sir Elton John has confirmed he resisted efforts to “tone down” the content of Rocketman.

The gay music icon last week said he was thrilled that the surreal biopic included a sex scene between a young Elton and manager John Reid, played by Taron Egerton and Richard Madden.

Writing in The Guardian on Sunday (May 26), the singer confirmed that studios had attempted to tone down the content of the film to obtain a lower age rating.

However, Sir Elton revealed: “Some studios wanted to tone down the sex and drugs so the film would get a PG-13 rating. But I just haven’t led a PG-13 rated life.

“I didn’t want a film packed with drugs and sex, but equally, everyone knows I had quite a lot of both during the 70s and 80s, so there didn’t seem to be much point in making a movie that implied that after every gig, I’d quietly gone back to my hotel room with only a glass of warm milk and the Gideon’s Bible for company.”

It was previously reported that the film’s sexual content was facing potential cuts from studio bosses who wanted to emulate the commercial success of Freddie Mercury biopic Bohemian Rhapsody.

However, the sex scenes made it into the film intact.

Elsewhere in the Guardian piece, Sir Elton appeared to take a direct pop at Bohemian Rhapsody—which failed to feature live performances from actor Rami Malek, who instead lip-synced to a track.

Of the decision to cast Taron Egerton as the lead in Rocketman, Sir Elton wrote: “I knew Taron was the right man when I heard him sing “Don’t Let the Sun Go Down on Me”.

“I thought it was really important that whoever played me didn’t lip-sync, I wanted them to actually sing the songs, and Taron had already sung “I’m Still Standing” brilliantly in the animated film Sing.”

Speaking previously, Sir Elton told the Mirror: “I’m so glad it’s in there because I am a gay man and I didn’t want to airbrush it under the carpet.

“I’m proud Rocketman is the first major studio film with a gay love sex scene in it. If I’d left it out, I’d have felt I was cheating people.

“If they don’t like it, I understand, but it’s part of who I am. That night was a very, very important part.”