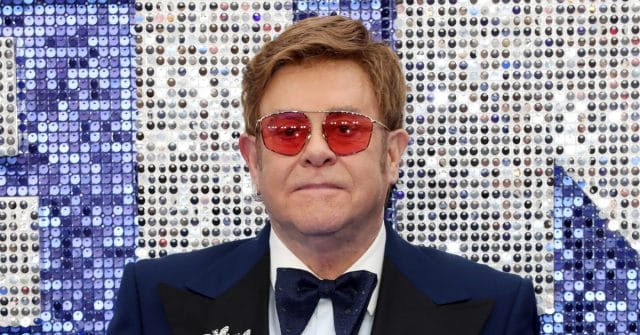 Elton John has said he is “sick” of Brexit and the way it has been handled.

Speaking at his concert in Verona, Italy, he said: “I’m ashamed of my country for what it has done.

“It has torn people apart… I am sick to death of politicians, especially British politicians.

“I am sick to death of Brexit. I am a European. I am not a stupid, colonial, imperialist English idiot.”

John was performing on his last ever world tour, Farewell Yellow Brick Road, when he made the comments.

The singer has previously spoken out against Brexit. Last year, he said: “I don’t think people in Britain were told the truth to start with.

“They were promised something that was completely ridiculous and wasn’t economically viable.”

The musical Rocketman, which focuses on Elton John’s life, is in cinemas now.

Last year, Egerton opened up about filming a sex scene, saying he has no qualms about “male intimacy.”

“I really threw myself into it, I filmed my first sex scene for this film and it’s with quite a well known man,” Egerton said, without explicitly mentioning Madden.

“I do feel the movie we shot is absolutely a celebration of everything that Elton John is and part of that is his sexuality,” Egerton said.

He continued: “I actually think the gay community will be quite surprised by quite how gay it feels. I’ve loved every second of it.

“I’m not someone who is remotely perturbed by male intimacy and I am quite proud of what we’ve done with it. We really went some places with it.”