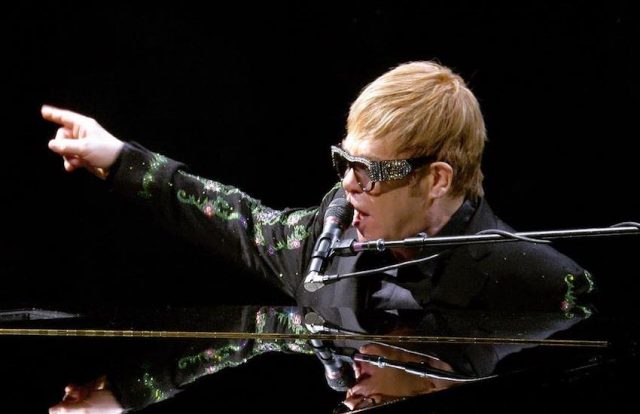 Elton John made an anti-Brexit statement during one of the gigs of his last ever world tour, Farewell Yellow Brick Road.

While performing in Verona, northern Italy, on 29 May, the singer addressed his fans gathered in the beautiful arena.

‘I’m ashamed of my country for what it has done,’ he said.

furthermore said: ‘I am a European. I am not a stupid, colonial, imperialist English idiot.’

The singer was due to perform a second date in Verona on 30 May, but he was forced to cancel after his vocal cords were inflamed due to a cold.

The singer has previously expressed his disappointment in Brexit.

‘I don’t think people in Britain were told the truth to start with … They were promised something that was completely ridiculous and wasn’t economically viable,’ Elton John said in July 2018, as reported in .

He compared the Brexit process to ‘walking through Hampton Court maze blindfolded, being turned around 16 times and trying to find your way out’.

The singer’s popularity is at an all-time high thanks to critically acclaimed biopic Rocketman.

The movie, starring Taron Egerton in the role of John, is reportedly the featuring a gay sex scene.

John’s husband David Furnish is among the producers of the movie, which premiered at Cannes on 16 May.

The movie opened on 22 May in the UK and in mainland Europe on May 29. It reaches US venues today (31 May).