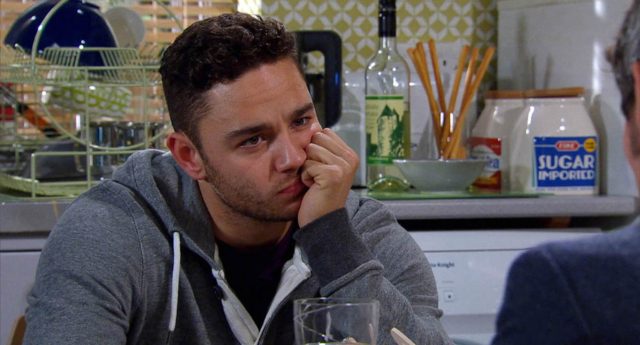 Emmerdale star Adam Thomas has got a request for the bosses at the soap – to make his character come out as gay.

Thomas, who plays Adam Barton, has said the reason he wants his character to come out, is because gay characters “get good storylines”. “Whoever’s gay seems to get a good storyline so I’m hoping Adam turns gay,” the star told The Sun.

“I’m putting it out there. I’m not bothered about snogging another guy – I love guys.”

“I’ve not kissed a guy yet, but there’s a first time for everything. If you’re gonna go there, go there. Life is a celebration. Make each day count, as they said in Titanic.”

Thomas appeared on I’m a Celebrity… Get Me Out of Here back in 2016.

This character is currently married to Victoria Sugden.

A trans woman, who was asked to appear in the ITV soap Emmerdale back in 2013 as a barmaid, received an apology after her gender was made to be the source of ridicule.

The scene, which would have aired in early 2014, featured four female characters in a gay bar competing to get phone numbers from other women.

Actress Samantha Valentine – who played the barmaid – complained to ITV, accusing the show of transphobia.

Back in 2015, Emmerdale star Michelle Hardwick revealed she had angry messages from fans – after her character started dating a man following a lesbian storyline.