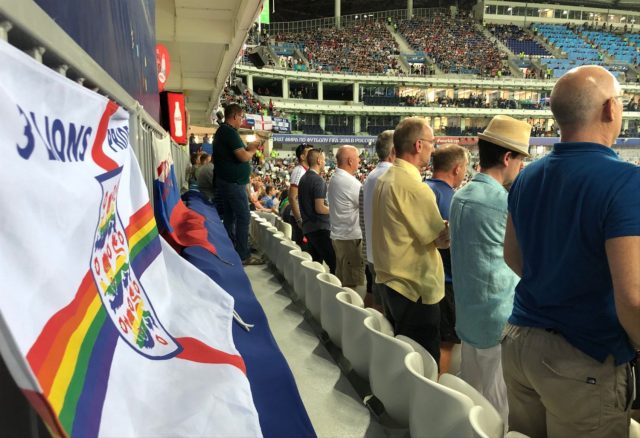 LGBTQ people have faced attacks and arrests at the games, but this stands as a shining moment

England soccer fan, and organizer with Three Lions Pride, Di Cunningham traveled to Russia to cheer on the national team and fly a Pride version of the Three Lions flag. Despite legitimate cause for concern, she displayed it proudly from the stands, while watching her team come out victorious in their World Cup opener against Tunisia, with a score of 2-1. 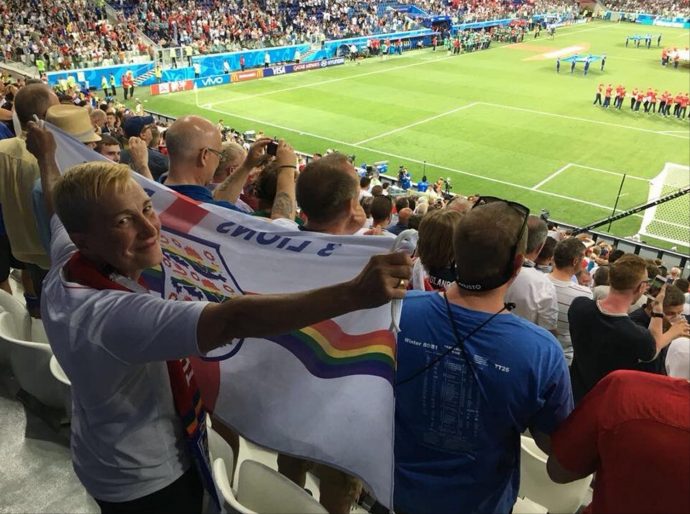 The situation for LGBTQ fans at the World Cup this year has been dire, with beatings and detentions showing the promises of safety from FIFA and host country Russia were as hollow as advocates feared.

Same-sex couples were warned ahead of the games not to show affection, with hate crimes against the community doubling in the years since Russia passed its anti-gay propaganda law, used to crackdown on Pride demonstrations.

Heading into the World Cup, Pride in Football, which Cunningham formerly led, reported it had received threats that England fans planning to make the trip to cheer on the national team would be hunted down and stabbed.

Flying a symbol representing the community was necessary in order to ensure “some form of visibility in stadiums to show that LGBT football fans do exist and, just as much as any fan, we’re a valid part of the game,” said Joe White, also with the group, following the threats. 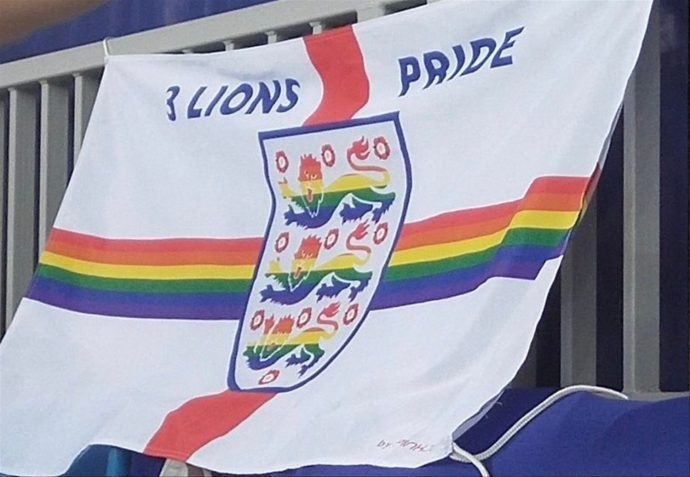 “Unless there is someone kind of putting their head above the parapet, it’s very easy for them to say we don’t exist.”

Cunningham told Sky Sports she was hesitant to display the flag outside of the stadium, noting there had been no guarantee that the promises of safety inside the venue would extend beyond those walls. She added that all the messages she was receiving to stay safe were “very nice, but actually it raises your anxiety levels even more.”

There were some tense moments before the game even began as she and her group attempted to gain entry.

“When we approached the turnstiles at the ground there were baggage checks,” Cunningham told the Eastern Daily Press. “The security guy saw the banner and was obviously torn about what to do.”

Bit of a holdup getting through security but after 15 mins security said yes to the #ThreeLionsPride #Rainbow banner – we’re in! #worldcup #Russia pic.twitter.com/mHEpdClE2o

After “a very uncomfortable 15 to 20 minutes,” of “a lot of talking between various officials about whether it was allowed,” it was decided it was, and security apologized for the delay.

“Doing this was obviously a test of the Russian fans and their reaction, but also a test of the English fans as well,” she said. The results were overwhelmingly positive.

“I was getting high fives from so many England fans and a couple of Russian fans even came up to me and hugged me,” she reported. “I could see the flag was really important to them.” 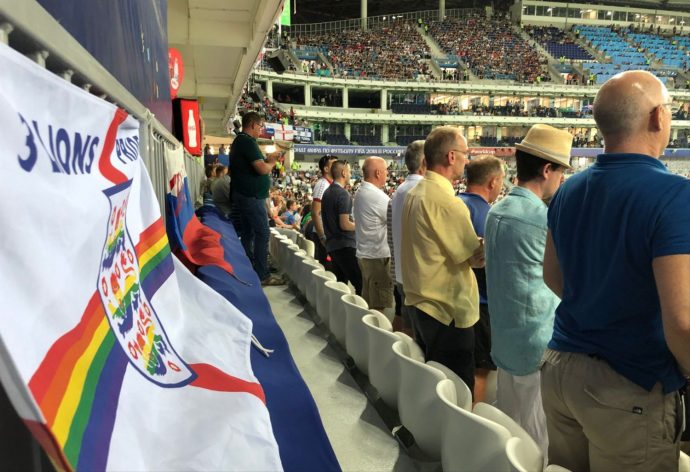 “It’s a privilege to be at the World Cup because it sort of creates a bubble of acceptance. The long-term issue is what happens after the tournament is over. Hopefully it can create a bit of a legacy.”

From the Volgograd Arena, all the way home to London and Birmingham… what a show of support for the #ThreeLions last night! ????????️‍????

Editor’s note: This article has been updated to reflect Cunningham’s current position with Three Lions Pride, and former status as head of Pride in Football.