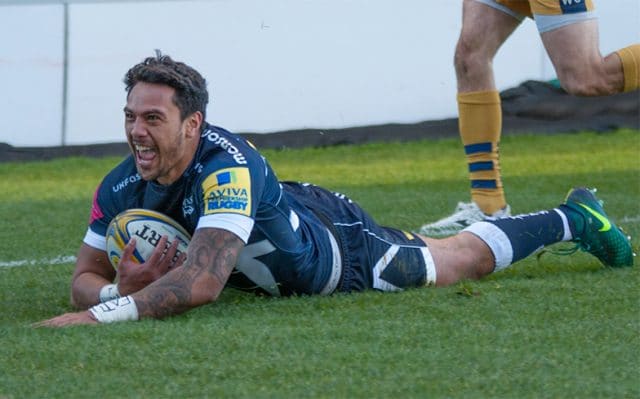 Solomona, who also plays for rugby union team Sale Sharks, has been handed a four-week suspension for verbally abusing Worcester Warriors’ Jamie Shillcock during their Aviva Premiership match on 24 March.

Shillcock alleged that Solomona used the anti-gay slur “faggot” towards him twice during the match, according to The Times.

Solomona contested the charge, but was found guilty at a Rugby Football Union disciplinary hearing on Thursday 5 April. An initial six-week ban was reduced to four weeks due to “mitigating features”.

“The panel found that the player used language that was verbally abusive on more than one occasion in quick succession,” said panel chair Samantha Hillas.

“The comments were offensive and have no place on the rugby field. However, the panel accepted that they were said in the heat of the moment rather than premeditated.

“For these reasons, the panel deemed it was a low end entry point which carries a six-week suspension as a starting point.

“The player did not accept the charge but all other mitigating features were present. The panel therefore reduced the sanction to four weeks.”

In a statement, the Sale Sharks announced that they have accepted the ban.

“Although disappointed, Denny Solomona and the club have accepted the four-week ban handed down to Denny for conduct prejudicial to the interests of the union or the game,” they said.