Early next month, the UK will get its first LGBT-centric broadcast television channel.

Latest LGBT+ TV will spotlight LGBT news, culture and entertainment when it starts hitting airwaves in February. Though its broadcast will initially be limited to the Greater Brighton area, its content will be available online globally. The channel will be fronted by Sophie Cook, who became the first transgender person to lead a news program in Europe.

In addition to hosting various specials, Cook will be the face of Beyond the Rainbow, a weekly talk show.

“The world is changing, and not always for the better, throughout the world there is an increasing wave of bigotry and prejudice,” the activist said in a statement. “This represents a very real possibility to combat that and change peoples lives. We’re aiming to entertain, educate and inspire our viewers.”

She’ll be joined by out writer and TV presenter Andrew Kay, who says “I see this as my chance to enjoy, in a public arena, being gay—but also in working towards a better and more equal world.” Latest LGBT+ joins France’s Pink TV and the Netherlands’ OutTV as the only totally queer channels in Europe. The first was Italy’s Gay.TV, which shut down in 2008.

Gay TV was a subscription channel from the UK that broadcast over Sky and Virgin Media from 8pm to 5:30am daily, starting in 2004. Initially it featured hardcore content targeted at gay men, but later incorporated more mainstream material. Gay TV was removed in 2011, but still exists as an on-demand service. 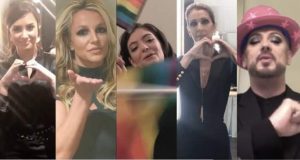 Nick Gayer
0
How did all these stars get into a Brazil Pride video? Probably from just listening to the artist tell Brazil's LGBTQ story. “This project is... 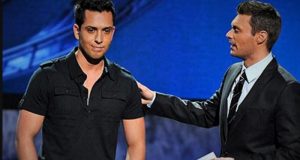 Ervin Brue
0
American Idol alum David Hernandez has come out as gay in a new interview with Out magazine. Out reports: In 2008, Hernandez made it onto...