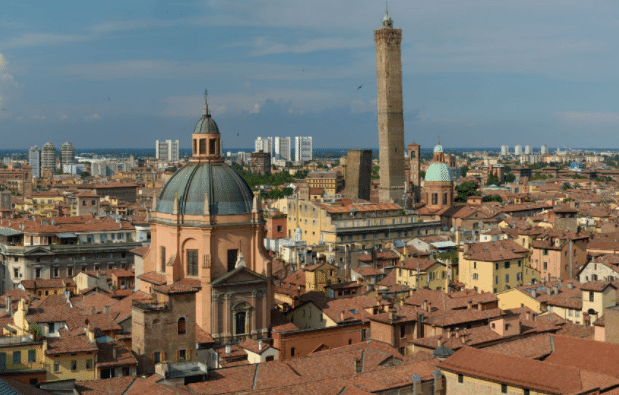 An English student was viciously beaten in Bologna, Italy, on Sunday evening. His assailants spat and shouted at him from a car, ‘Hey, are you a faggot?’, before jumping out and running after him.

When they caught up with the 20-year-old, they subjected him to a vicious beating, according to Republica. The young man suffered a broken nose and head injury.

The attack happened in the historic district of Via Galliera in the center of the city.

The victim told Republica that he was sat on a bench eating a pizza waiting to meet up with a friend when the men – believed to be Italian – began shouting at him. At first he tried to ignore them.

‘I pretended not to hear, but they were shouting: “So you’re a faggot? Why are you a faggot? Do you want fifty euros to get in the car?”’

He says he decided to just walk away to avoid their harassment, but three men got out of the car and pursued him to Piazzetta San Giuseppe.

To his horror, they started to attack him. He shouted for help, but says no passersby came to his aid. One of the attackers tried to push his thumbs into his eyes.

‘I screamed for help but no one listened to me.’

The men punched and kicked him, before stealing his backpack and walking away.

The young man says he continued to appeal for help from strangers, but half a dozen people ignored him before a young woman came to his assistance. She helped him call the emergency services.

The switchboard operator he spoke with told him that as the attack had already happened, there was little they could do. He instead met up with his friend and went to an emergency room for treatment. He reported the incident again to police the next day.

Vincenzo Branà of LGBT advocacy group Arcigay Bologna called on the police to use all their powers to catch the perpetrators, ‘There are cameras around Piazzetta San Giuseppe, and now is a time for them to be put to proper use.’

Despite the influence of the Catholic church, Italy is known as being one of the more gay-friendly countries in Europe. There are Pride marches in all its major cities.

The mayor of Bologna, Virginio Merola, condemned the attack. He sent a message of apology to the student and said the attack and indifferent reaction of passersby was not representative of the city.

He sent the ‘symbolic embrace of the whole city’ to the victim of the attack and said he hoped the attackers would be identified and apprehended.