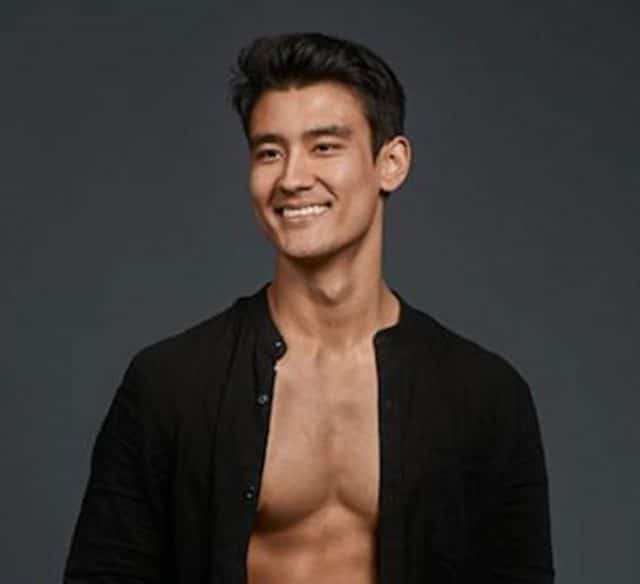 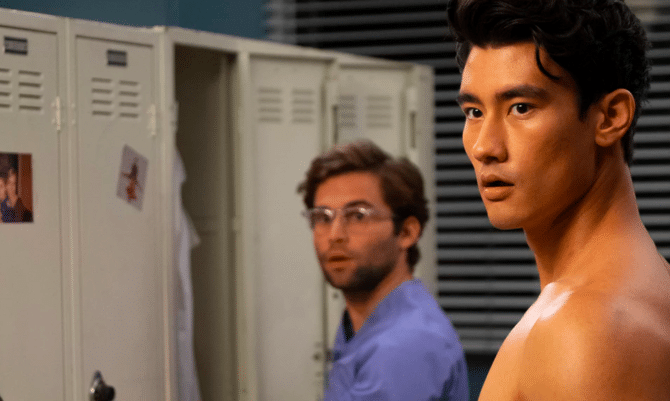 Newcomer Alex Landi played Dr. Nico Kim, the boyfriend of Dr. Levi Schmitt, played by out actor Jake Borelli. Over the course of the season, the couple, nicknamed “Schmico” by fans, snuck lots of elevator kisses and hurried hookups between stressful surgeries and other medical emergencies at Seattle Grace Mercy West Hospital.

“They told me they wanted this guy to be a strong character–I believe the character description was ‘a masculine bro type,’ but openly gay,” Landi tells HuffPost in a recent post season interview.

The 26-year-old says he was excited about taking on the role for a number of reasons.

First, he says, there just aren’t many roles that specifically call for Asian men. And, second, so often Asian men are not perceived as traditionally masculine.

“There are rarely ever breakdowns specified for Asian Americans,” he says. “No one asks you what you are, specifically, because they’re not allowed [but] I feel like being half-Asian is somewhat of an advantage, though I look fully Asian.”

He continues, “I think I can fit into the mold of various roles or ethnicities that they’re calling from. I don’t look half white at all.”

Last November, at the beginning of Grey’s Anatomy’s 15th season, Landi, who identifies as straight, told Travis Mills on Beats 1 at Apple Music, that the importance of a gay Asian character being portrayed on prime time network TV was not lost on him.

“I’m just glad that I can give everyone a voice,” he said at the time. “Asians are represented, I think, by less than 3 percent in entertainment, LGBTQ being less than 1 percent, so for them to combine both of those categories into one role is super special, and I’m so happy that I can take that on.”

Though Landi was originally only slotted to appear in four episodes in Season 15 of the hit series, his character proved to be such a fan favorite that he ended up appearing in a total of 16. Not only that, but it was just announced that he’s been invited back next season.

Not just that, but Landi also just landed the part of Henry Lee on Season 2 of Netflix’s Insatiable, which he promises will be a “pleasant and sexy surprise” for fans.

We can hardly wait!