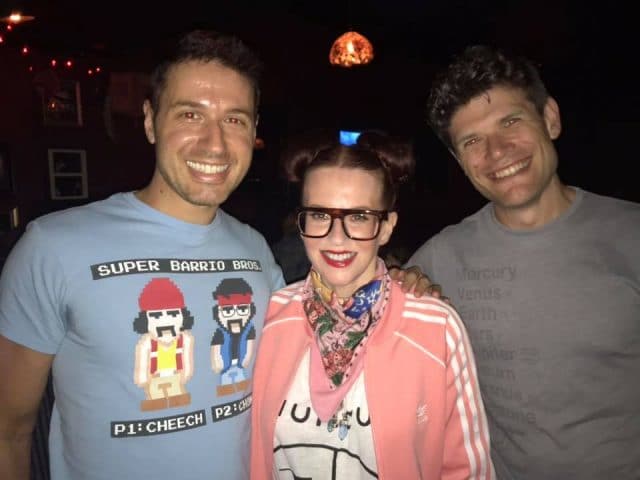 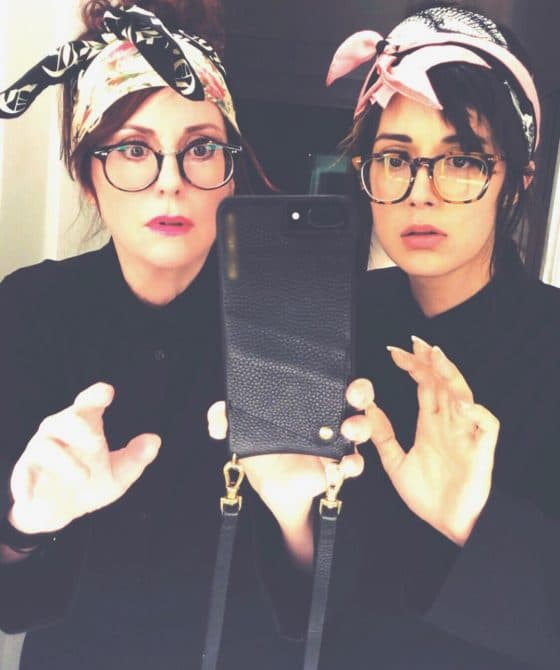 Longtime BFFs Stephanie Hunt (Friday Night Lights, Poor Boy) and Megan Mullally (Will & Grace‘s once-and-future Karen Walker) are hitting the road with their band Nancy And Beth (the “And” is always capitalized).

Kicking off at club Largo in the queer enclave of West Hollywood, their hilarious bicoastal tour features the duo donning identical pink jumpsuits and cats eyeglasses as they perform a set list that spans from Tammy Wynette to gangsta rap, all with synchronized choreography. The kitschy act has been described as, “Avante Garde,” “punk/vaudeville,” and, according to Noel Gallagher, “definitely not bigger than The Beatles.”

Queerty sat down with the campy duo to chat about their band, their friendship, and the titular tea they are promoting to benefit the Southern Poverty Law Center.

You first met in Austin in 2011. What was the moment you knew you were going to be besties?

There was this one moment that’s hard to describe. It’s kinda oblique. We were gonna go see a movie. We were so late that they didn’t let us in. Can you believe it, us late?

So, we got tickets to the next showing and then drove way out to some half price book store. And we looked all around, and I realized Stephanie had never read Lolita and some other classics, so we talked about that. Then, it was time to drive back to see the movie we missed the first time around and Stephanie couldn’t find her little paper ticket. She looked all around, in her pockets, in her back, nothing. We get to the parking garage and looked under her seat and found this tiny ball of paper the size of a pea. We realized that it was her ticket. I guess she was nervous or uncomfortable. You know that first time you hang out with someone? She had balled it up into this tiny sweaty ball of paper. We unraveled it, and it took us… well, we almost missed the next movie. It was almost impossible to make it as small as she made it. We actually unraveled it without tearing it, and took a picture for a friend of mine Stephanie was dating at the time. We thought it was the funniest thing that ever happened on the planet. We laughed so hard we were crying. So… I dare you to print that.

It was the natural passing of time that you don’t notice with close friends.

Your act has been referred to as “punk/vaudeville,” “avant-garde,” and, according to Rollingstone, “tough-to-describe.” How do you like to describe yourselves?

One we would say is “a traveling tent show.” We also said, oh what’s his name? The Andy Kauffman character? Tony Clifton! If Tony Clifton were two ladies that were 30 years apart singing in harmony, that’s us.

Your show had a lot of synchronized choreography. Are you guys that in synch in real life?

That’s why we love working together. A lot of things we don’t have to talk about, we just understand them. Like yesterday I was starting to pack, and I was going to pack one of the after-hours jumpsuits that we talked about bringing. Then I was like, I don’t think we need this. I picked up my phone to text Megan, and she had just texted, “Let’s not bring the denim jumpsuits.”

One time we both started on the wrong side. Remember that? We were reversing the choreography completely, doing the left hand instead of the right. Then we had to stop it because it was getting too crazy.

You kicked off your tour at Largo, in the gayborhood of West Hollywood. How do you feel queer audiences resonate with your show?

When we were playing at Largo early on we were doing monthly shows, but it was hard to sell them. So, we went down to the corner of  Santa Monica and Doheny [in the center of West Hollywood] with a ukulele, and we sang songs full out in harmony and handed out flyers. No one recognized me. I had really short, bright red hair at the time. Plus, it had been years since Will & Grace. I looked really different. So I started going up to people and saying, “Hi, I played Karen on Will & Grace. I’m in a band, come see us at Largo down the street. Here’s a flyer.” 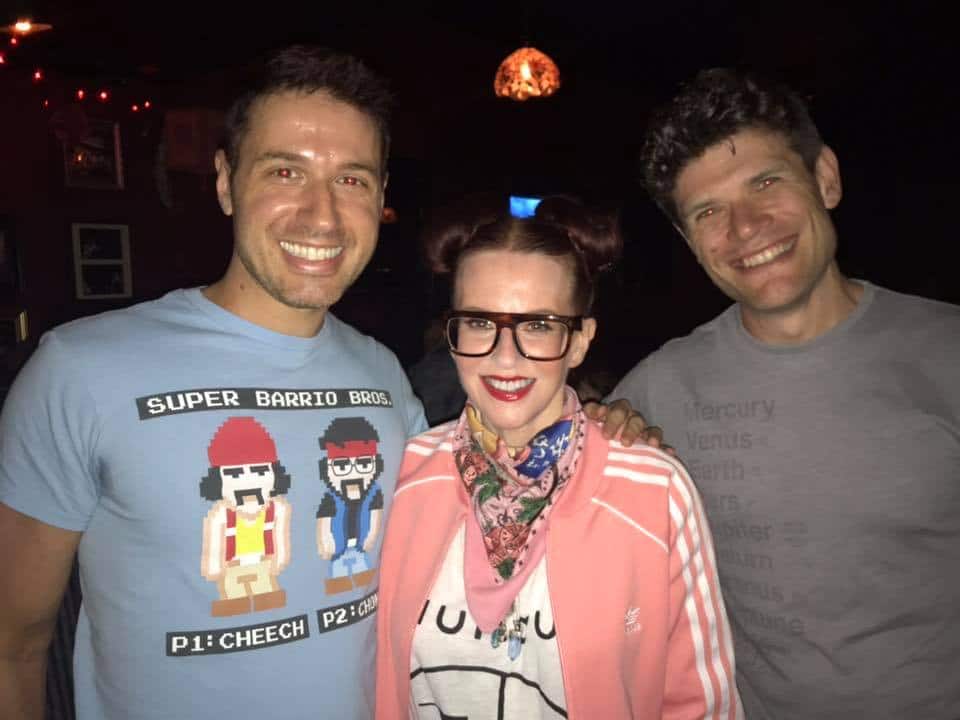 Now let’s spill the tea on, well tea. You guys are also promoting a Beth And Nancy blend of herbal tea to benefit the Southern Poverty Law Center?

We designed that tea! We both love rose tea. That had to do with Smith Tea reaching out to us, and us saying, “absolutely!”

Aren’t they the best. My first boyfriend in college told me about the Southern Poverty Law Center when I was 20-year-old and it always stuck to me. They do so much good. They’re not one of the bigger ones, like ACLU. I love ACLU, too. But SPLC is so deserving. When Smith Tea approached us, we were so delighted. And when they said they were donating a portion of the proceeds to charity it was the icing on the cake.

So what’s your favorite flavor of tea?