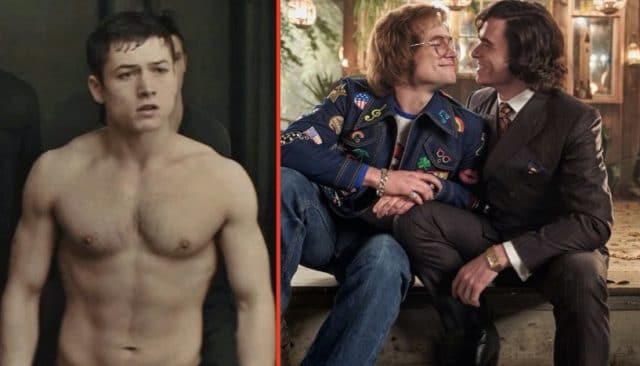 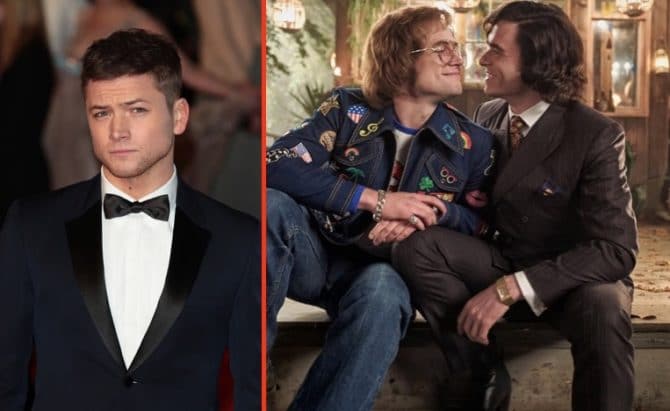 “I would not have played this character if: one, I wasn’t allowed to show Elton being a nightmare, because he has been; two, if we weren’t able to explore his drink-and-drug addiction because I don’t think you can tell a story without it; and three, if I didn’t think we could make a film that the gay community would watch and feel a sense of ownership over. What right do I have to play Elton John if I am not going to go the same lengths to portray a gay relationship as a gay actor would?”

“I felt [costar Richard Madden’s] penis. I mean I don’t want… the studio will get frightened about me saying. On my leg… we shot a scene where we are both naked on a bed and we are rolling around. I don’t really know how much further we could have gone.

In the script, this is the scene of Elton losing his virginity and we wanted to try to do that justice, and also at that point their relationship hasn’t broken down yet.

They were falling in love and it’s beautiful because it should be.

We didn’t want to play like they were a couple who were eventually going to fall apart, we wanted to play it like two guys in their early twenties who are falling in love and who are incredibly sexually attracted to each other, so we both stripped down to nothing and rolled around in a bed together for half a day.”— Taron Egerton speaking to Attitude. Head here for the full interview.