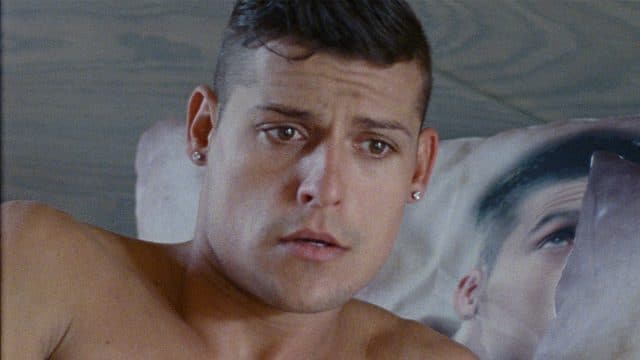 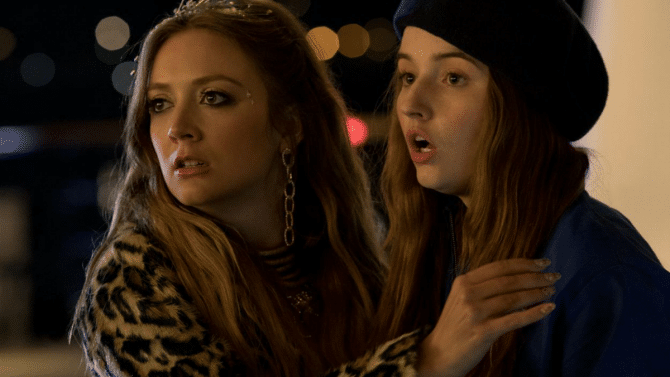 The Step Out: Booksmart

2019 might just have its first sleeper hit with Booksmart. The outrageous screwball comedy marks the directorial debut of actress Olivia Wilde (Tron: Legacy, Vinyl) and follows the misadventures of two goodie two shoes high school besties (Beanie Feldstein & Kaitlyn Dever) as they try to have one night of wild partying before graduation. That the movie makes one of its main characters gay (and features several queer characters in supporting roles) sets it apart from its spiritual predecessors like American Pie or Mean Girls, and makes it all the more memorable. It also helps that the movie has some howl-inducing laughs, and features a scene-stealing performance from Billie Lourd, the daughter of the late Carrie Fisher.

The Catch It If You Can: Halston

We first covered Halston when it played the Sundance Film Festival earlier this year. The documentary covers the life of the first American superstar designer, who’s iconic looks helped define the 1970s and changed fashion forever. Halson innovated fashion by making runway shows into theatrical productions featuring scandalous models like (gasp) people of color, obese women and celebrities like Liza Minnelli. So why don’t more people know his name? Halston recaps the rise of designer, his subsequent business woes and his fade from the public eye before his death from AIDS in 1990. It also resurrects his legend as a queer artist—one which deserves more attention.

Opens in select theatres May 24. A national rollout will follow.

Streams on Netflix May 24.

For anyone wanting the feeling of hallucinating without imbibing magic mushrooms, the Brazilian surrealist film Diamantino finally comes to select theatres. The story follows a very sexy soccer star (played by Carloto Corta) who suddenly finds himself pursued by lesbian secret agents working for a fascist group that wants to use him as the basis for a clone army…or something. Yes, seriously. Packed full of surreal images—like a scantily clad soccer star dancing in pink clouds with giant puppies—Diamantino features no shortage of beautiful images and some totally bonkers humor.

In select theatres May 24. A national rollout will follow.

Pier Paolo Pasolini remains one of the most controversial filmmakers of all time, both for his scandalous films, and for his scandalous murder. The gay writer/director spent his career making films designed to disgust, upset and make viewers question their sanity (see his movie 120 Days of Sodom…if you can stomach it). He spent his life, however, criticizing religion, advocating for communism and living as an out gay man in 1970s Italy. This new film from acclaimed director Abel Ferrara stars Willem Dafoe as the title character, and reconstructs the final day of his life as it tries to channel his artistic spirit, and solve the mystery behind his death.

In select theatres May 24.

The Whet: Rocketman: The Soundtrack

We can hardly wait for Rocketman, the eagerly-awaited Elton John musical biopic to hit cinema screens at the end of this month. The soundtrack—which features new versions of John’s hits performed by star Taron Egerton and the rest of the film’s cast—drops May 24, and offers the biggest tease for what the new movie will look and sound like. We’ve had an advanced listen to the reimagined tunes, which sound more like a Broadway musical than 70s rock. Whether or not listeners prefer them comes down to personal taste. In any event, they have us stoked for a wild journey through the life of one of the greatest living gay icons. 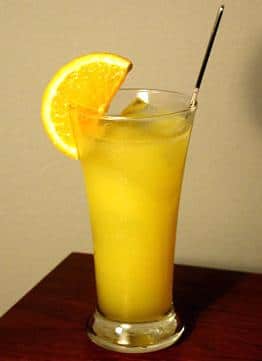 In honor of the oh-so-70s nostalgia invited by Pasolini and Halston, we’ve dusted off the recipe for this popular 70s sip. With a vodka-orange juice base, a Wallbanger also has a hint of Italian liqueur that gives it a more robust flavor.

Mix vodka and orange juice over ice. Add in Galliano. Garnish with an orange slice.