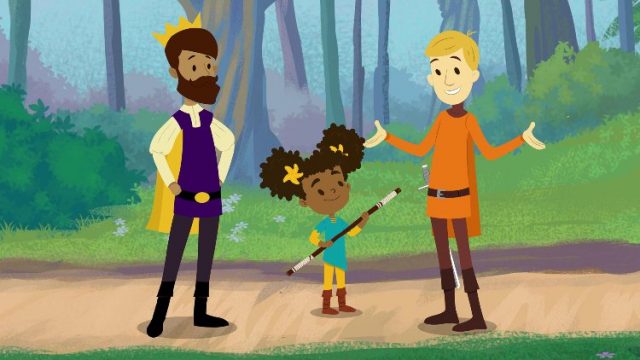 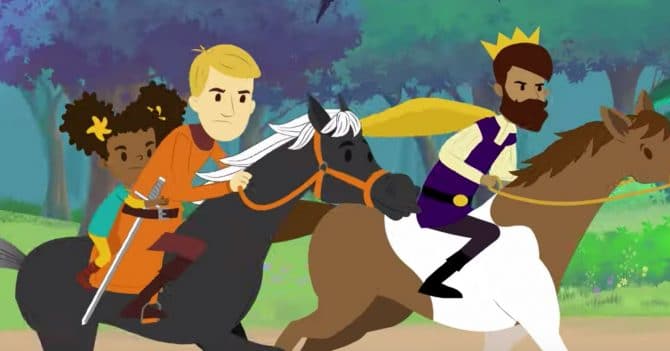 Hulu has just dropped the trailer for Bravest Knight, a new animated series about a girl with two dads.

Bravest Knight is an adaptation of Daniel Errico’s 2014 book The Bravest Knight Who Ever Lived.  The series follows Nia, a young girl training to be a knight in a medieval fantasy world. Her two dads, Sir Cedric and Prince Andrew (voiced by out-gay actors TR Knight and Wilson Cruz, respectively) regale her with tales of Cedric’s youth about his own knightly training. Each episode, Nia learns a new lesson about the duties and character of a proper knight. Donna Murphy, Christine Branski, RuPaul and Wanda Sykes also star.