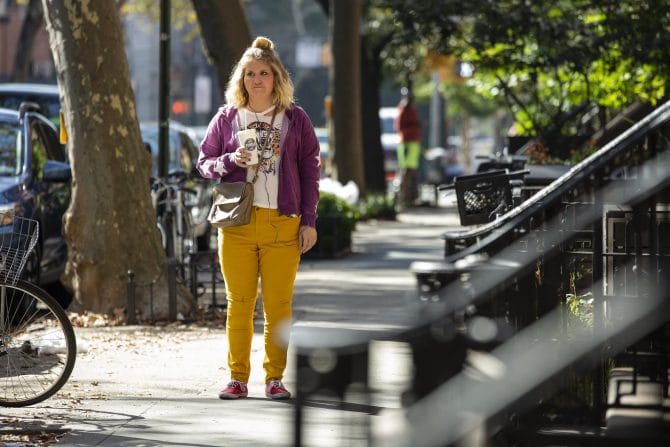 Just in case you need some levity for your day…

Colaizzo had a relatively low profile in showbiz before stepping behind the camera on Brittany. He earned his industry cred with two acclaimed plays, Really Really and Pride in the Falls of Autrey Mill before his real-life best friend–also named Brittany–inspired him to write this film. Now Colazzio stands on the brink of stardom: Brittany Runs A Marathon debuted at the Sundance Film Festival to rave reviews for Colaizzo’s writing and direction, the film’s diverse cast (which includes several queer characters) and for a lead performance by actress Jillian Bell (of 21 Jump Street fame).

Brittany Runs A Marathon follows the misanthropic Brittany O’Neal (Bell), a heavy-set party girl trying to get a prescription for Adderall. When her doctor tells her she must first lose weight, Brittany begins a life transformation that culminates with her running the New York City Marathon. Along the way, hilarity ensues. In the tradition of films like Trainwreck and Bridesmaids, Brittany Runs A Marathon aims for laughter, and often adds a bit of heartfelt sincerity.