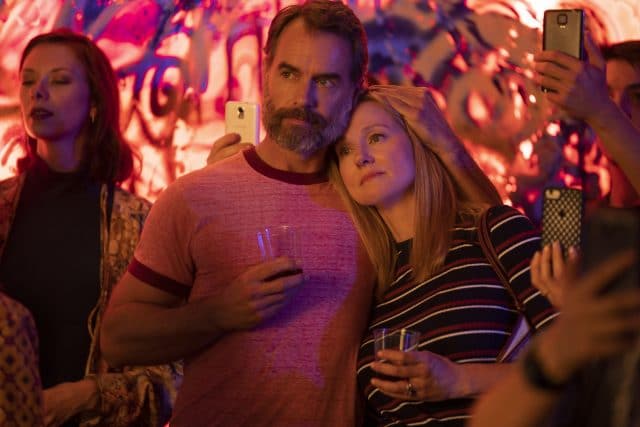 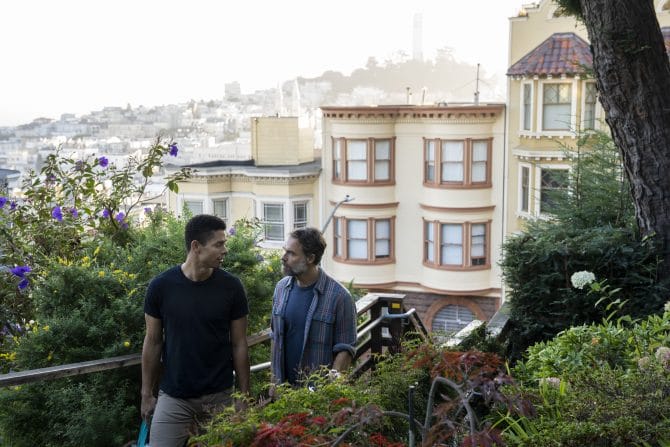 In this day and age, Michael “Mouse” Tolliver would more likely be on Scruff instead of Grindr, and he would choose Folsom Street Fair over pride. That is, at least, according to Murray Bartlett, the actor who portrays the beloved gay character in the Tales of the City revival, premiering June 7 on Netflix.

The revival series reunites many of the four of the actors from the original, but Bartlett is a new edition. Although he’s not the first actor to play Mouse in the Tales franchise, Bartlett is the first to play Mouse at this stage of the character’s life: on the cusp of 50, in a relationship with a younger man, Ben (played by Charlie Barnett of Russian Doll) and still living at 28 Barbary Lane. Though HIV+, Mouse managed to survive the AIDS crisis, and now struggles with his own questions of aging as his longtime surrogate mother, Anna Madrigal (Olympia Dukakis) celebrates her 90th birthday.

We sat down with Bartlett to talk about his portrayal of Mouse and the pressure that comes with taking on such a beloved gay character to Tales of the City, which comes to Netflix June 7.

It was kind of a dreamy concept really. I have a real affinity with San Francisco, partly because I worked here on Looking, but also because of what San Francisco represents for the community. Tales of the City encapsulated this sense of found family and the way that I want the world to be, so being part of this show was very exciting to me.

I read all the books before we started. Last summer, I was living in Cape Cod and the day after I moved up there, I got the offer for this job. So I was up there for a month and spent the whole time reading.

I’d seen the first season of the show in the ’90s when I first visited San Francisco. I watched it again the first night we were here on my birthday shooting the pilot for Looking. Me, Frankie [Alvarez] and Jonathan [Groff] watched Tales of the City in my apartment.

I just thought he was adorable. He felt very familiar.

I didn’t re-watch the series before we started shooting because I didn’t want to be too colored by the other actors who have played Michael. But because I’d read the books right before, I really just wanted to try and connect to the essence of him, the way that Armistead Maupin had written him.

And because a couple of decades have gone by in the story since the last actor played Michael, a lot has happened. Mouse has gone through a huge journey – that’s such a cheesy word – but it’s true. Facing his own mortality, being HIV positive at a time when it felt like a death sentence, and then having the possibility of going beyond that, but at the same time having lost a lot. It’s like you’re almost playing a different character because he’s in such a different stage in his life.

He’s still a boy at heart. He’s got a boyish spirit, and I don’t think that will ever change. And it could have. He could’ve become cynical or been crushed by all the death that was happening around him during the AIDS crisis. And feeling like that was going to be his fate as well. 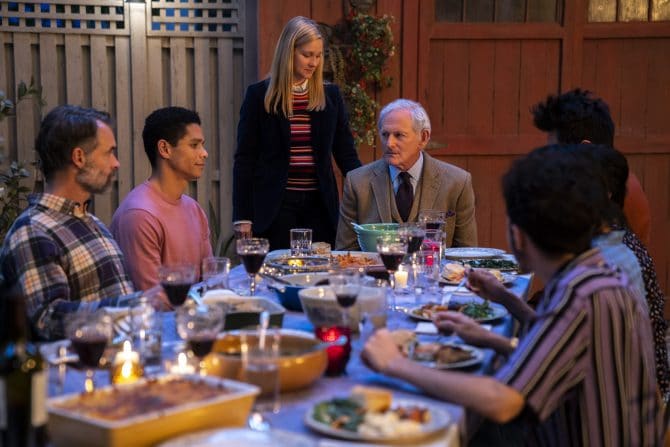 Murray Bartlett (far left) in ‘Tales of the City’

That very strong boyish essence is still very, very strong, but he’s got a depth of experience and some wisdom from what he’s gone through. He’s still that 20-something-year-old dancing on the bar, but he’s certainly matured in a lot of ways.

I think it’s beautifully written because it puts the point of view of those different generations so that they’re both right and both wrong. For me anyway, when I read it, I was like, oh, I kind of agree and disagree with both of them. And it’s confusing. It makes you try and figure it out, which I think is very powerful.

Yeah. There is a lot to learn from each other, the younger generation acknowledging the shit that the previous generations went through in terms of an epidemic that was largely ignored for so long. And also the older generation celebrating this new amazing, non-binary generation of people with a different perspective. If they can both listen to each other, it’s a beautiful thing.

Tales of the City began streaming on Netflix June 7.