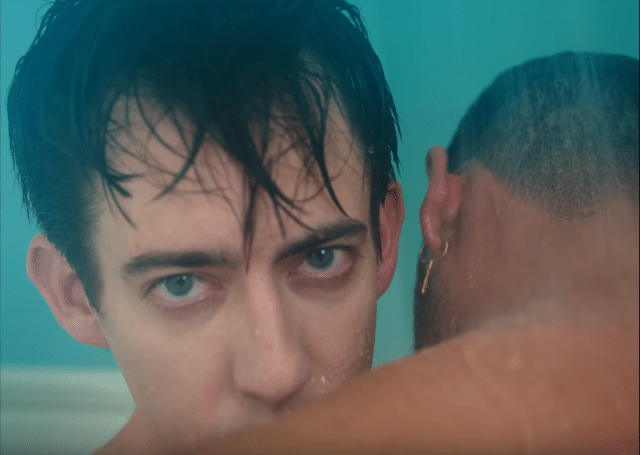 Check out the latest YouTube clip making us Glee-ful: A sexy, new music video featuring Kevin McHale, who played Artie Abrams on the Fox musical comedy, stripping down and showering with another man.

McHale’s “James Dean” music video, directed by Justin Thorne, shows the Glee alum and Pose actor Johnny Sibilly portraying the “sweet and sexy-ish” moments of a relationship,” which they improvised “while not taking ourselves too seriously,” as McHale tells HuffPost.

“We wanted a shower, we wanted it to feel a little editorial, we wanted it super simple, but we didn’t exactly know how it’d all come together,” he adds. “We had a loose idea of what we wanted, and luckily Johnny is a beautiful saint and was down to just try it all out.”

The two men don’t just get wet, they also paint face. “I think men playing around with makeup is a wonderful thing,” says McHale, who publicly come out as gay in 2018 and who is in a relationship with Austin McKenzie. “I think showing how that can be attractive is a positive thing … keeping it playful and sweet was the goal so we could show different sides to a relationship.”

Best of all, proceeds from June sales of “James Dean” will go toward the Trevor Project, funding the organization’s LGBTQ suicide prevention efforts. McHale’s new EP, Boy, will be released through Vydia on June 21.