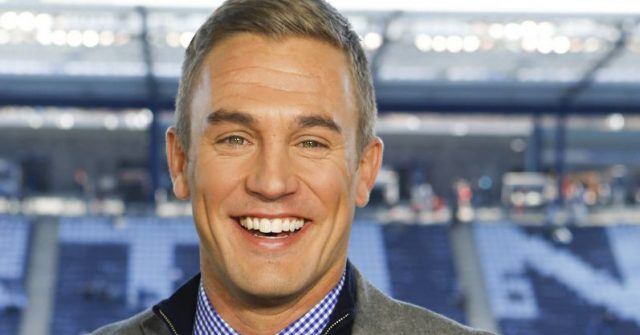 What will it take to get soccer fans to stop chanting a slur many people consider homophobic?

FIFA told referees they can shut down play. And still the chants continue.

MLS has done nothing since fans chanted “puto” at the L.A. Galaxy’s Pride Night in May. At least the Galaxy sent security guards to remove those attendees they caught chanting. But still, the chants continue.

That was also the case Tuesday night when the Galaxy hosted Tijuana at Dignity Health Sports Park in Carson, Calif., in the Leagues Cup match aired by ESPN. USWNT Women’s World Cup champion Alex Morgan was in attendance. Writing in the Los Angeles Times, Jack Harris noted: “Aside from goals, a controversial homophobic Mexican chant that accompanied Galaxy goalkicks constituted the loudest cheers.”

Hearing the crowd in the ESPN broadcast booth, a former U.S. Men’s National Team player and Major League Soccer MVP with the New England Revolution decided to speak out against the chant. He’s Taylor Twellman, lead soccer analyst for the network. And when he spoke out, it was not for the first time, according to a fan on Twitter.

Another thank you to @TaylorTwellman for again calling out @fifa, @Concacaf, @ligamx, and @Mexico for the continued shameful tolerance of the ‘puto’ chant. #LAvTJ

Our partners at SB Nation heard it, too, as did Travis Yoesting of the18.com, who wrote: “ESPN’s Taylor Twellman railed against the ‘puto’ chant, which was heard many times as the LA Galaxy beat Tijuana in the Leagues Cup.”

As Daniel Villarreal reported earlier this month, fans have long used the vulgar word for a male prostitute, “puto” (the colloquial translation is “faggot”) as an insulting homophobic chant.

Fusion’s Elliot Turner insists “puto” is the Spanish equivalent to “bloody” in the U.K. and “fucking” here in the U.S., but ultimately admits “The puto chant is a form of prejudice and homophobia, but the speakers need to be educated, not necessarily chided.”

Our co-founder Cyd Zeigler advocated for a more drastic response in May:

“If MLS is truly on the side of acceptance and inclusion, it must issue a two-step procedure to handle these issues. No more statements, no more scarves. This mandates real action.

“The first time during a match any league or team employee, including officials, hears the ‘puto’ chant, the game officials must stop the match. Team or league representatives should address the fans with a warning and ask them to identify anyone who has chanted the slur. Those people must be removed, their game tickets withdrawn, and any season tickets revoked.

“After the game re-commences, if the slur is chanted again, the stadium must be cleared of all fans and the match completed in front of an empty stadium.”

Perhaps Taylor Twellman is onto something, too. Let’s ask all broadcasters, cable networks and stadium operators to call out those perpetuating this slur. Unlike the phenomenon known as “streaking” in the 1970s, turning the cameras away and trying to ignore it won’t put an end to this hateful, homophobic slur.