Home Gay Life Europe could experience another heatwave next week 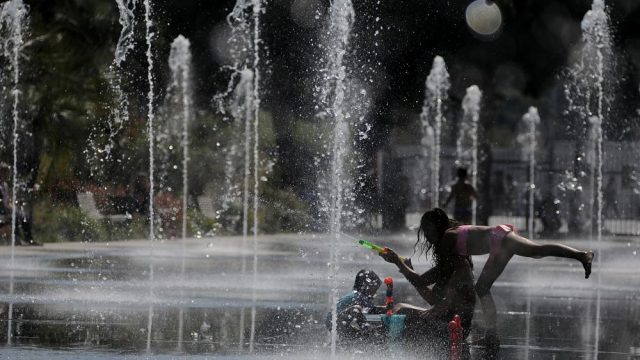 After a brief spell of respite from a scorching heatwave that gripped Europe last month, projections show that temperatures are likely to soar once again next week in areas including France, Germany, Austria, the UK, Norway, the Netherlands Spain, and Portugal.

Météo France, the country’s national weather agency, said on Wednesday that we could be heading towards a second heatwave, but that forecasts were not yet definitive.

The agency said it would continue to monitor weather changes and patterns, which are constantly evolving, over the coming days.

The agency warned that mercury would begin to climb this weekend in France and most places would likely hit 35C by next Tuesday, with the exception of the littoral Atlantic and north-west regions.

Wednesday and Thursday will likely see peak temperatures reach as high as 39C-40C in the south-east and 35C in Nouvelle-Aquitaine.

At the end of next week, some thunderstorms are expected to break out on the main mountainous massifs of France, but it is unlikely that they will extend to the plains. While this might cool things down, the overall temperatures are not likely to fall below 30C

Night temperatures in most areas, with the exception of the Rhône-Alpes and Provence-Alpes-Côte d’Azur regions, are likely to drop below 25C-27C.

Although France is the only country to have officially announced the upcoming balmy weather conditions, projections by experts and other weather agencies show that Germany, Austria, the UK, Norway, the Netherlands Spain, Portugal, will also witness extremely high temperatures.

Scientists say that July is likely to be no different. “June was the hottest June on record and July is now shaping up to be the hottest July on record,” Michael Mann, Climate Scientist, Professor & Director of the Penn State ESSC, told Euronews.

Experts warn that hot weather conditions are likely to continue all summer. “The long-term forecasts right now seem to be indicating that Europe will experience extreme heat for much of the remainder of this summer,” Mann said.

Simon Cardy, a meteorologist specialising in weather impacts for the energy industry, tweeted on Wednesday afternoon, saying high temperatures and dry weather were on the cards for next week.

Trends from the European Centre for Medium-Range Weather Forecasts show that hot air from the tropics and Spain is moving towards Western Europe due to low-pressure west of the Iberian Peninsula.

Mann told Euronews that the phenomenon responsible for the record heat in Europe and other regions around the northern hemisphere, including parts of North America and Asia, is called planetary wave resonance.

“This is associated with a widely meandering, slowed jetstream that favours stalled weather extremes.

“This pattern is favoured by human-caused climate change, giving us more frequent, persistent weather extremes, like we are seeing right now.

“Extreme warmth in the Arctic and the loss of Arctic sea ice due to human-caused climate change favours this jet stream pattern and indeed we are right now witnessing record Arctic warmth and record-low sea ice for so early in the season.”

Read more: Why was there a spike in pollution during the European heatwave?