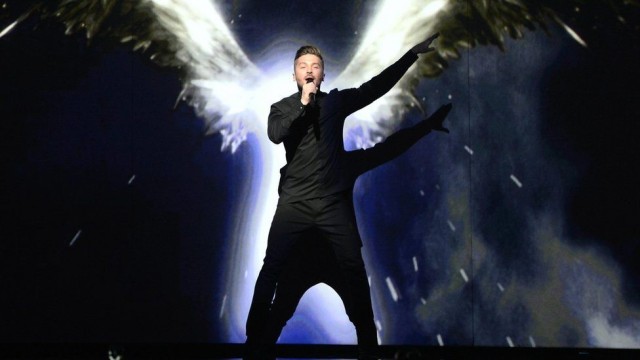 Russia’s Eurovision entrant, Sergey Lazarev is one of the favorites this year, and if he wins Russia might host next year’s Eurovision. While many LGBT fans and singers fear to go to Russia, Lazarev encourages them not to be susceptible.

When asked: “The majority of the Eurovision audience is part of the LGBT community. A lot of people are afraid of coming to Russia – is it safe for them to come for the Eurovision next year?”
The singer replied: “Gay life exists in Russia, it’s not a secret. We’re a modern country, all cities have gay life, we have gay clubs – you can Google it and see how many gay clubs in Russia we have.”

Russia is known for the harsh anti-gay laws prohibiting the LGBT community to actually live normally. However Sergey Lazarev insists that Russia can be a warm host to LGBT visitors.

“We do our best for our guests, for sure. You can feel safe in our country. If we do something, we do it the best way,” he said.

“There is more talk and rumors about problems than exist. I just want you to come and see everything yourself,” he added after saying that gay life in Russia exists, that they have gay clubs and the LGBT community there is wide.

“I had two performances in Moscow’s gay clubs and the crowds were huge. You have to come and see for yourself.”

On the other hand, openly gay Israeli contestant, Hovi Star talked about his experience in Russia when he actually has his passport torn apart.

“But when I wanted to get into Moscow, I had problems with the passport control and they told me I can’t go in. They looked at my passport — they ripped my passport — and then they laughed at me.”

This year’s Eurovision is rich in talented hunks as you might have notice. Among them you can see Lithuania’s Donny Montell performing I’ve Been Waiting For This Night, Ireland’s Nicky Byrne an ex member of Westlife and the Swedish version of Justin Bieber, Frans.