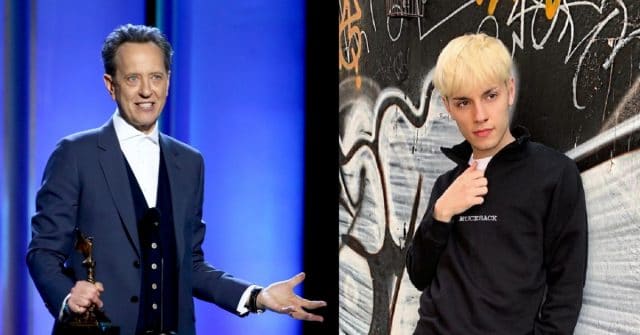 The West End hit, based on the real-life story of a Sheffield teenager who dreams of becoming a drag queen, is the latest musical project to land a big-screen adaptation.

Filming on the project is set to begin this month with a brand new cast.

Oscar-nominated Can You Ever Forgive Me? actor Richard E. Grant will play Jamie’s drag mentor Hugo, whose alter-ego is drag superstar Loco Chanelle.

The musical’s director Jonathan Butterell is returning to helm the film, which features music from The Feeling’s Dan Gillespie Sells and Tom MacRae.

Speaking to the Mail, Butterell said he is excited for fans to see Richard E. Grant’s transformation for the role.

He said: “It is extraordinary, that vision of Richard.

“By the time he’s got heels and a wig on he’s about 8ft tall. I had to go to the art department and ask if the ceiling in his dressing room scenes is high enough.

“Richard’s loving it. It’s something he’s never done before.

“He has now watched, I think, a thousand million episodes of RuPaul’s Drag Race to learn how the kids are doing it, and also studying the story of the drag queens of the late Eighties and Nineties.”

The project is being produced by New Regency, Warp Films and Film4.

The show has featured some high-profile names from the world of drag, with RuPaul’s Drag Race winner Bianca Del Rio currently playing the role of Hugo.

Drag Race judge Michelle Visage has also previously appeared in the production as Miss Hedge.
Despite the show’s success in the UK, it is still yet to make the leap to Broadway.