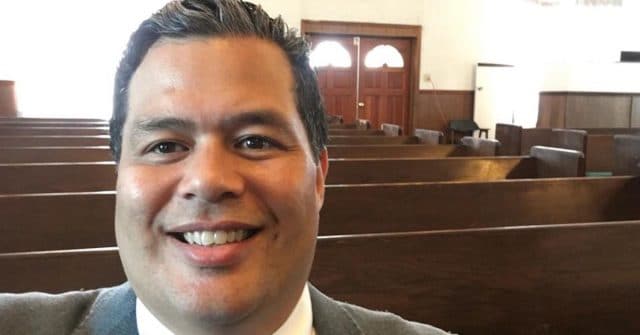 Ex-gay activist and professor Robert Oscar Lopez has offered 10 bizarre tips for those wishing to avoid the “temptation” of homosexuality during Pride month.

The tips include the obvious “stay away from Gay Pride events” and “pray a lot,” but also some more obscure ideas.

The second tip is: “Call your cable company and discontinue your cable service.” Lopez explains: “There are many things you can do to spend your spare time, which do not involve watching Hollywood and Manhattan liberals lie to you about the wonderful benefits that legally sanctioned sodomy brings to great nations.”

Lopez, who was raised by lesbian mothers, also suggests that ex-gays do not speak to gay or “pro-gay” relatives. He said: “While my family is probably more overloaded with pro-gay and gay kin than most people’s families, most of you can probably relate to the phenomenon of the annoyingly pro-gay relative.

“If they are not gay themselves, they have tons of gay friends and love to needle and provoke you with references to gay events, gay relationships, or worst of all, gay politics. I make a point not to get on the phone with any of these people during the month of June.”

Lopez’s final tip is to “revel in your heterosexuality” during Pride month, by having sex with an opposite-sex partner as often as possible.

Responding to LGBTQ Nation’s coverage of the tips on social media, one user said: “Tinfoil hats and covering all electronics in the house with blankets works well too!”

Others said that someone who is “ex-gay” and still attracted to the same sex is simply closeted.

According to Equality Matters, Lopez has also written and self-published an anti-gay book series called Mean Gays. The first book in the series Johnson Park: five gay boys, one street, too much shade used to be available on Amazon but has since gone “out of print.”

Lopez has been vocal in his opposition of same-sex parenting and same-sex marriage.

The professor announced that he had made the decision “leave the lifestyle” in a column for the blog American Thinker in 2012 titled: “Yes, gay is a choice. Get over it.”

Lopez has also previously claimed that gay people cause poverty and homelessness.