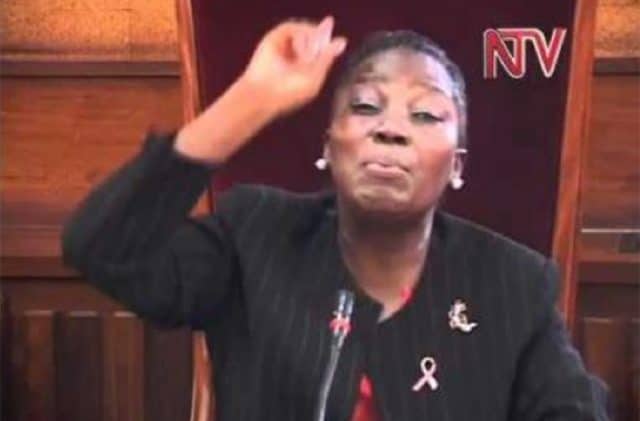 A group of Ugandans who claim to be ‘ex-gay’ have petitioned the parliament to retable the controversial Anti-Homosexuality Act.

The ‘ex-gay’ group are LGBTI people who have claimed to be cured of homosexuality after undergoing conversion therapy. They submitted their petition on Monday (27 May).

‘If this Bill is re-tabled, it will help expose the extent of the moral breakdown especially with the children and the youth. We aim at promoting moral and spiritual values since they are just recruited and not born as gays or lesbians,’ Oundo told the

But he’s leading the charge to reinstate the controversial bill known as the ‘Kill the Gays Bill’. In 2014 the Ugandan parliament introduced the bill which broadened the country’s anti-homosexuality laws. They included the death penalty for sodomy. But the Constitutional Court eventually struck down the laws, ruling them invalid on procedural grounds.

The ex-gay group petitioned Kadaga who has . After submitting their petition, the group asked to meet with the Ugandan president. They wanted ‘to explain their experiences during the period they practised homosexuality’.

‘After the Bill was annulled we were scheduled to meet with the President but this did not happen,’ Oundo said.

‘We are requesting that we get to meet him and we explain the pain we are going through medically and also the stigma we face from the community.’

Kadaga confirmed she would support the group to meet the president.

‘I am very interested to know what the courts of law in ruled in a similar case,’ she said referring to the High Court of Kenya’s recent ruling to uphold its laws criminalizing homosexuality.

‘As for meeting with the President, I shall make sure I schedule a meeting with him and share your plight,’ Kadaga told the group.