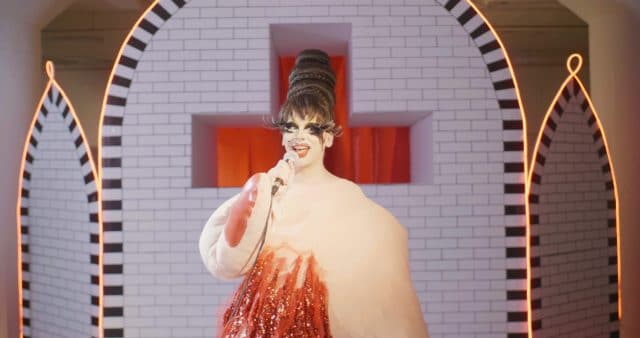 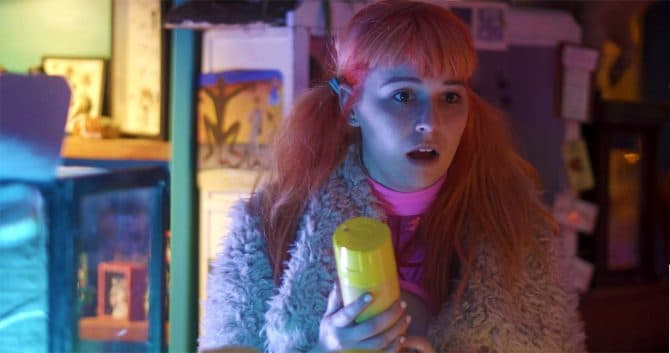 The new movie Holy Trinity operates under a similar conceit, although it makes clear the main character gained her abilities as a result of inhaling too many fumes.

Holy Trinity channels Ghost, though with more humor and queerness. It also takes the bold, if logical, step of focusing on the medium caught between life and death, rather than on a boring love story. Plus, if Hewitt’s work as a performance artist offers any indication, the movie will also go to outrageous lengths for laughs and feature no shortage of eccentric characters.

Queerty scored the world premiere of the first trailer for the film. It debuts at Outfest in Los Angeles July 19.