Home Gay Life Ezra Miller On Coming Out: “I Was Told By a Lot of... 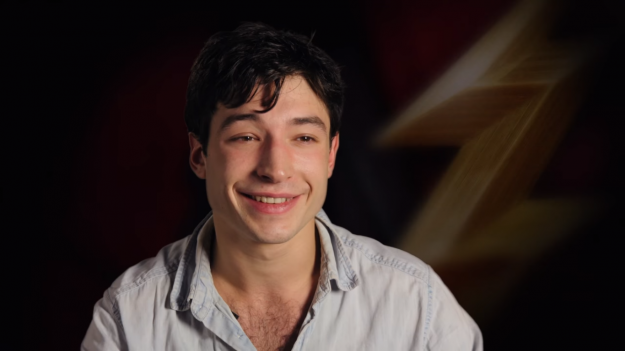 Justice League and Fantastic Beasts Star Ezra Miller talked about some of the opposition and adversity he faced when he came out as queer.

It might be hard to imagine that there was ever a time when actor Ezra Miller wasn’t comfortably proclaiming his queerness by kissing male fans and posting creatively nude photos to celebrate Pride. That said, even Ezra Miller was in the closet at one point.

But back in 2012, he spoke to OUT and said, “I’m Queer,” but then later added, “I am very much in love with no one in particular” to the joy of some fans still praying for a chance (totally not this writer).

But now he’s shared with the Shortlist that he had to deal with some people being not to pleased with his coming out.

“Folks in the industry, folks outside of the industry. People I’ve never spoken to. They said there’s a reason so many gay, queer, gender-fluid people in Hollywood conceal their sexual identity, or their gender identity in their public image.”

“I was told I had done a “silly” thing in… thwarting my own potential to be a leading man.”

I met Ezra Miller for this week's @ShortList and we discussed queerness + the end of the world https://t.co/RvHb4kwR6M pic.twitter.com/i20OMGFTiT

That said, Ezra felt like he hadn’t made a mistake but simply committed to being himself both in private and in public. Though, all the questions of doubt externally did make him question himself internally on a few occasions.

“But… what they said was, in fact, rubbish,” he later concluded.

That’s a sentiment that renown actor Iam McKellen agrees with. We’ve reported earlier that McKellen also believes coming out was the best thing to happen to his career.