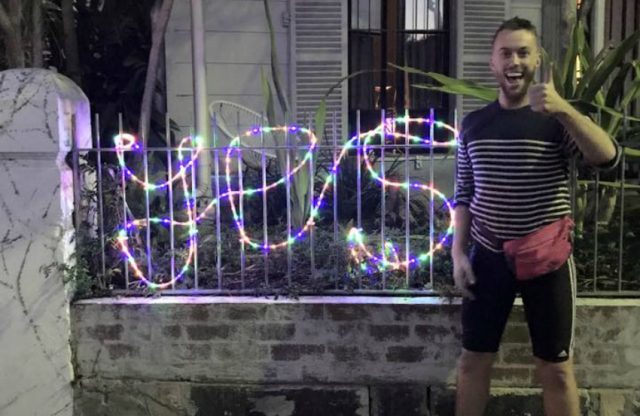 ‘Nobody can be mad at fairy lights’

A Sydney man has started a colorful campaign to encourage Australians to vote yes for marriage equality.

From today Australians will receive a ballot in the mail asking whether they agree if same-sex couples should be allowed to get married. The results of the non-binding postal survey will be revealed on November 15.

The campaign is getting heated on both sides of the debate, with Australia’s largest ever rally for LGBTI rights held in Sydney over the weekend.

But Sydney local Steve Spencer has come up with a novel way to promote the ‘yes’ vote. He wasnts everyone to decorate the front of their homes with fairy lights spelling out ‘yes’.

Australia’s recent decision to allow the postal survey to go ahead.

‘Well my friend, who is a gay dad, and I were really disappointed after the High Court ruling that the non-compulsory non-binding national vote was going ahead, so we took his kids out front with the fairy lights to brighten up the night, then figured ‘oh we may as well send a message, let’s write YES with them’,’ Spencer told Gay Star News.

‘I posted a pic online then I had people respond doing the same, so I thought let’s make a campaign out of this. What’s more joyous, happy, and loving than fairy lights, and the same applies for marriage equality.’

In only a short space of time many people have taken up the call to action and social media has been inundated with photos on the #putoutyourfairylights hashtag.

‘I think it’s a good way to promote the yes vote because it’s free of politics, it’s free of symbols, and it invokes the feeling that we will all have when we’re afforded the same rights as heterosexual Australians,’ Spencer said.

‘In my experience with activism, grassroots and community-driven campaigns are really effective at getting people on board.

I’m just asking people to put out their fairy lights, what they write is really up to them.’

All of Australia getting on board

Spencer said he’s blown away by the reaction, especially from people outside of the cities’ ‘gay bubbles’.

‘I’m especially proud of people living in the suburbs and regional and rural Australia, outside of the gay bubbles, that are doing their bit to spread the joy of the yes vote,’ he said.

‘And that’s one great thing about this campaign, it is a great way for us to encourage ourselves, particularly during this tough period when we face increased homophobia and public scrutiny, but it also gives the yes vote a familiar and approachable face – no one can get upset at fairy lights.

‘And it’s a great point of conversation between people and that is what is key during this vote – the conversations that every LGBTI Australian will be having with their friends, family, and colleagues, this is what will win us this vote.’

Check out some of the colourful displays.
1. 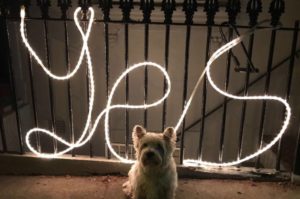 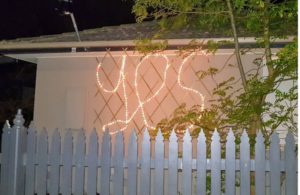 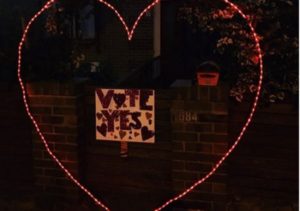 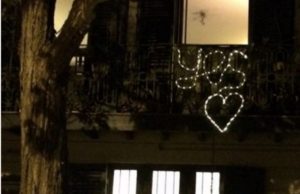 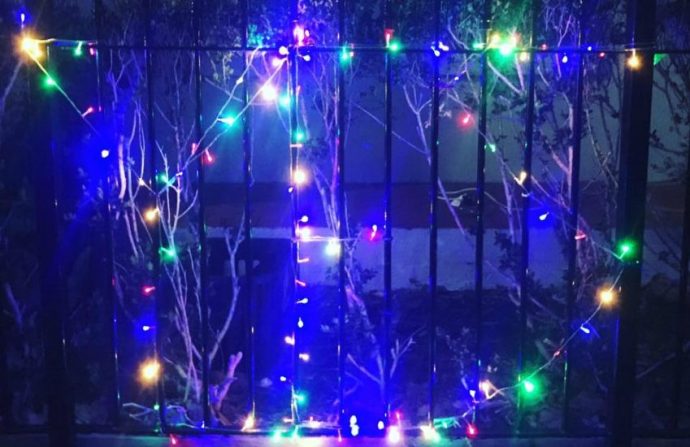 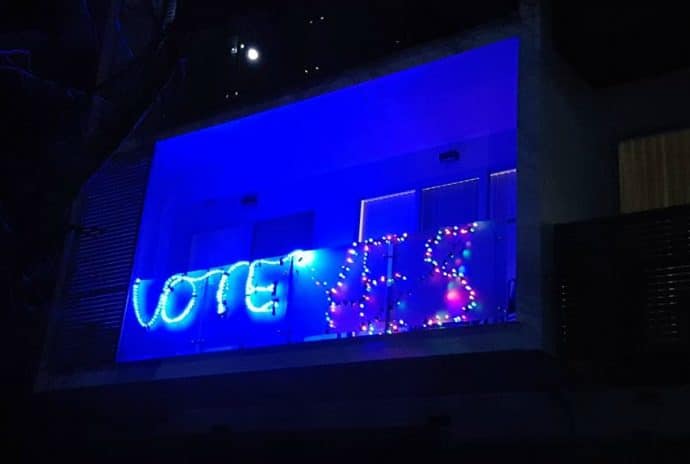