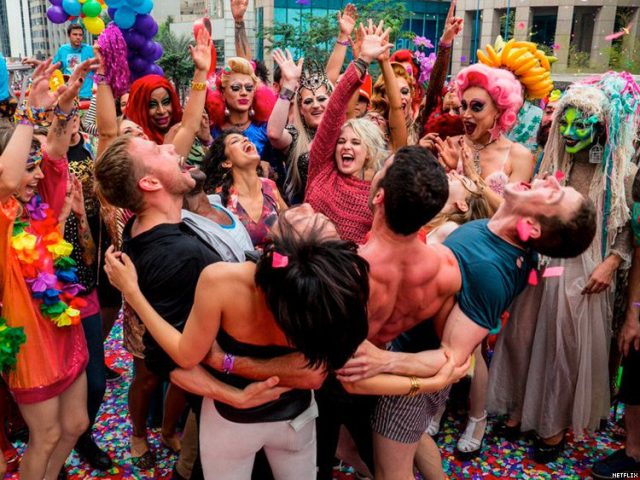 The loss of Sense8, which valued inclusion of LGBT people and people of color, is keenly felt in the real world, where these communities are in danger.

Netflix announced that Sense8 — a series celebrated by fans for its diversity and LGBT inclusivity — has been canceled.

Cindy Holland, the streaming service’s vice president of original content, announced the end of the scifi drama created by the Wachowski siblings in a Thursday statement.

“After 23 episodes, 16 cities and 13 countries, the story of the Sense8 cluster is coming to an end,” Holland said. “It is everything we and the fans dreamed it would be: bold, emotional, stunning, kick ass, and outright unforgettable. Never has there been a more truly global show with an equally diverse and international cast and crew, which is only mirrored by the connected community of deeply passionate fans all around the world. We thank Lana, Lilly, Joe and Grant for their vision, and the entire cast and crew for their craftsmanship and commitment.”

Afterward, the series thanked its supporters in a video tribute posted to Twitter.

Thank you for being a part of our journey. Sensates forever. pic.twitter.com/SClwiY3rwy

But fans are not done with the “cluster” — a term referring to the psychically linked group of people who are the protagnonists of the series — just yet. Hashtags like #RenewSense8 and #BringBackSense8 are trending on Twitter. And a Change.org petition is urging Netflix to reconsider its cancellation and renew Sense8 for a third season. It’s also demanding answers.

“The cancellation of Sense 8 – season 3 has been completely unexpected. We don’t know any reasons yet, however it’s quite strange that a show that has received such positive response from a wide and heterogeneous audience, gets cancelled,” the petition stated.

Sense8’s loss is keenly felt in the entertainment world, since it the only television show to balance narratives between lead characters who are gay, transgender, women, and people of color from international backgrounds.

The show’s message of intersectionality and interconnectedness is one that is much-needed in the real world, where forces of xenophobia, racism, and homophobia are on the rise, stoking fear and violence against members of vulnerable communities.

Sense8 provided a showcase for scenes like the coming out of Lito Rodriguez (Miguel Ángel Silvestre), a gay actor, at São Paulo Pride, which moved the cultural needle toward acceptance. It also featured one of the few transgender actors to appear in a trans role on television: Jamie Clayton. In an era when LGBT lives and rights are under attack, this visibility is needed now more than ever.

“It is not just a tv show, to watch for fun, instead of just being that, Sense8 has given the world a new way of seeing others: with acceptance, love and understanding,” the petition concluded.

Sense8 is not the only LGBT-inclusive show to be canceled this year. CBS’s Doubt, ABC’s The Real O’Neals, and USA’s Eyewitness were also cut.