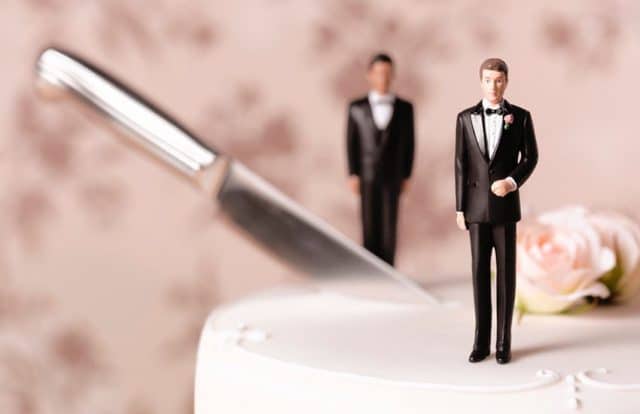 Same-sex female couples made up the majority of divorces in England and Wales in 2016.

Out of the 112 divorces among same-sex couples, over three-quarters (78%) of them were among two women.

A new Office of National Statistics report there were five times as many gay divorces in 2016 than in 2015, where 22 couples legally separated.

Marriage equality has only been legal in England and Wales since 29 March 2014.

Unreasonable behavior was considered the most common grounds for divorce among same-sex couples, accounting for 96% divorces among men and 93% of divorces among women.

Unlike straight couples, in which adultery is considered a separate reason, having a sexual relationship with someone else falls under unreasonable behavior in UK statistics.

The median duration of marriage (the mid-point of all durations) for same-sex couples who divorced in 2016 was 4.6 years for men and 2.2 years for women.

This included marriages that took place abroad, as well as couples who converted their civil partnership into a marriage.