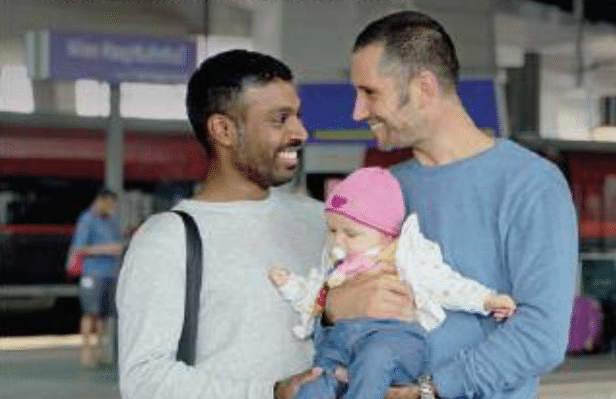 He also called one of the men a ‘n*gro’

People are calling for the resignation of Austrian politician Bruno Weber after he used homphobic and racial slurs.

Weber made the remarks on a Facebook post showing an advertisement from ÖBB, the country’s nationalised railway service. The photo shows an interracial gay couple with a child.

Weber is a member of the far-right Freedom Party (FPÖ). His fellow member, Manfred Pühringer, made the initial post, asking: ‘It’s not nice, is it?’

Weber commented: ‘That’s not normal! 2 alleged fagots [and a] baby and of them one is a negro. I’m afraid…’

A Facebook group, FPÖ Fails, posted a screenshot of the exchange. 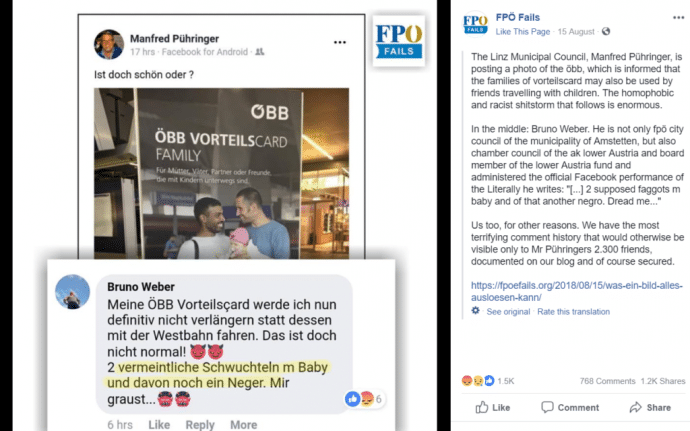 Amstetten Vice Mayor Anton Katzengruber said: ‘I do not understand why you would post something like that. But it once again shows the spirit of the FPÖ.

‘After such statements, he can only resign, he harmed the city of Amstetten. We have also contacted the police to check if this is also a criminally relevant incident.’

Members of the country’s Greens part echoed these sentiments.

‘Traditional family image is important to me’

Weber made a statement apologizing for his comments.

‘My reaction to the ÖBB advertising poster posted here on Facebook on Tuesday was inappropriate and unacceptable due to the terms used!’ he said. ‘As a conservative person and family man, the traditional family image is simply important to me.’

He further added the country should have a debate about same-sex adoption ‘of course on a factual level’.

Gay couple stabbed in neck, back and hand for holding hands in public