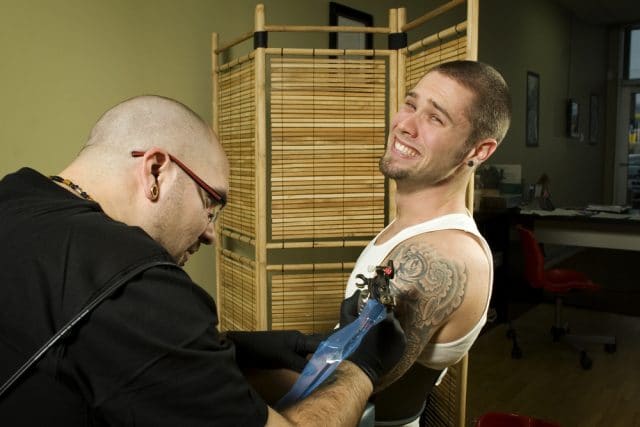 A lot of parents are proud of their LGBTQ children, but not all of them would show that pride in tattoo ink like John Atwell would.

John’s story surfaced after his daughter, Kaitlyn, posted screenshots of her text conversation with him to Twitter on June 30.

“I convinced my dad to get his first tattoo and he sent me something that my little sister painted,” she wrote in the caption of the post. “Let’s just say I’m a crying mess right now”

In the text thread, Kaitlyn asks John whether he’d get the black-and-white version of her sister’s artwork or the color. And just check out his response:

“I love you so much, my heart is bursting right now,” Kaitlyn responded. “Thank you for loving me and for loving who I love and for treating us like we’re literally just human beings who like other human beings.”

He wrote back: “You just made me cry! I love you and your sisters with every once of me kid!”

As the story went viral — with 52k retweets and 352k likes by last count — Kaitlyn told her Twitter followers that John was “crying AGAIN” from the online response to their story. “He’s so proud of each of you even if your parents don’t feel the same way,” she added.

Before long, John had created his own Twitter account. “I’m very overwhelmed and humbled by all of the attention my daughters tweet has garnered,” he wrote in his second-ever tweet. “I’m by no means anything special. I just love my kids. I’ll have Kaitlyn update when I get my tattoo!”