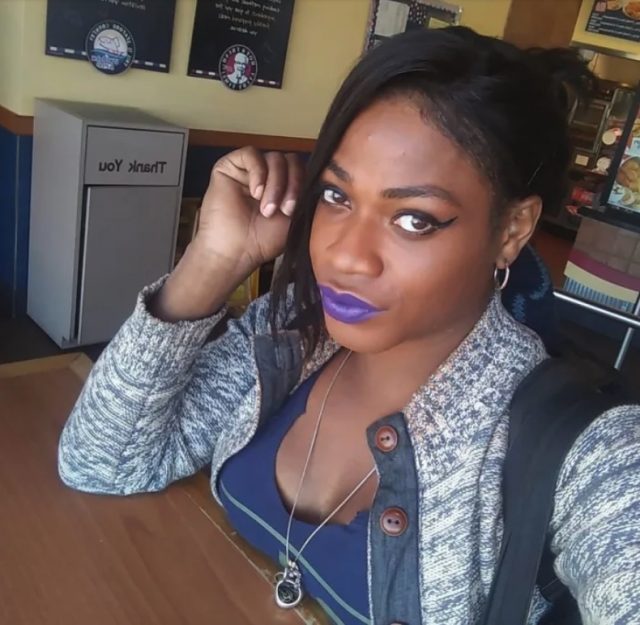 The FBI has been enlisted after a second transgender woman was killed in Dallas within two weeks.

A body pulled from White Rock Lake on Saturday (June 1) has now been identified as that of transgender woman Chynal Lindsey, 26.

It’s a fresh blow to the transgender community as it comes just two weeks after another transgender woman, Muhlaysia Booker, 23, was killed in the Texan state. Booker was found face down in the street on May 18, dead from a gunshot wound.

“I and the Texas trans community still haven’t had time to regroup after laying Muhlaysia Booker to rest,” said transgender advocate Monica Roberts.

“[A] mere 24 hours after Dallas Pride happens, we are now having to say the name of another of our trans siblings gone far too soon in her young life.”

It is not yet known whether the two deaths are related.

When asked by reporters if there could be a serial killer targeting transgender women, Police Chief Hall replied: “Right now we don’t have the evidence to substantiate that, but we are asking each and every member of our community members to stay vigilant.

“Make sure you’re aware of your surroundings, make sure your friends and family members know who you’re with at all times, and let individuals know where you’re going.”

Lindsey’s murder is the eighth known case of deadly violence against the US trans community in 2019 so far, and the third black trans woman to be killed in Dallas in the past 12 months.

Dallas Police called for the FBI’s help in order to lend their resources and determine whether the latest murders were hate crimes.

“We are concerned,” Hall admitted. “We are actively and aggressively investigating this case, and we have reached out to our federal partners to assist us in these efforts.”

Family members of Lindsey said they were shocked and deeply saddened by the news of her death, describing her as “a happy and peaceful person.”

She added to WFAA: “It’s devastating. This was a person that I had never seen mad… I just can’t see anyone hurting [her]. Not aggressive, not violent, [she] was a people pleaser.”

Seaphus said Lindsey was adopted and grew up near Chicago. She moved to Texas around six years ago to reconnect with her biological family.

But Lindsey’s family made the controversial decision to release photos of her before and after transition, both of which were shown at the press conference on Saturday (June 1).

Hall explained: “Normally we would not show both pictures of Chynal as a female and as her born gender, but her family has requested that we do so and that is why we are showing both these photos.”

A trans woman at the press conference raised the issue of transphobia in the black community, and asked Hall to comment on what the police are doing to stop violence and ensure trans people feel safe.

Hall responded that Dallas Police is meeting with local LGBTQ+ partners in order to understand the violence towards transgender people. “We’re working together to make sure that you feel safe in your community,” she said.

But she recognised that there had been an increase in violent crime recently, and revealed that the Dallas Police Department has “500 fewer officers” than they did several years ago.

“But everybody is stepping up to the plate and doing everything that they can do, and this police department’s command staff supports them.”

Dallas Police said they “don’t have all the answers” regarding Lindsey’s tragic murder and are seeking help from the community to identify suspects.