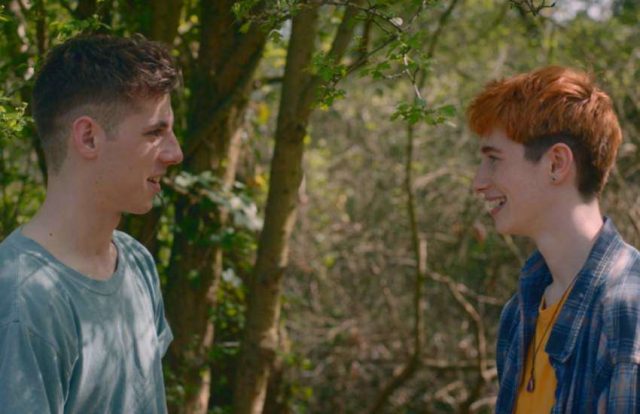 F*ck The Boxes explores the idea of rigid sexuality in a world where gender is becoming blurred. The film is based on my own personal experience.

I came out as gay at age 14, I was extremely sure of myself, I never looked outside of my own label. 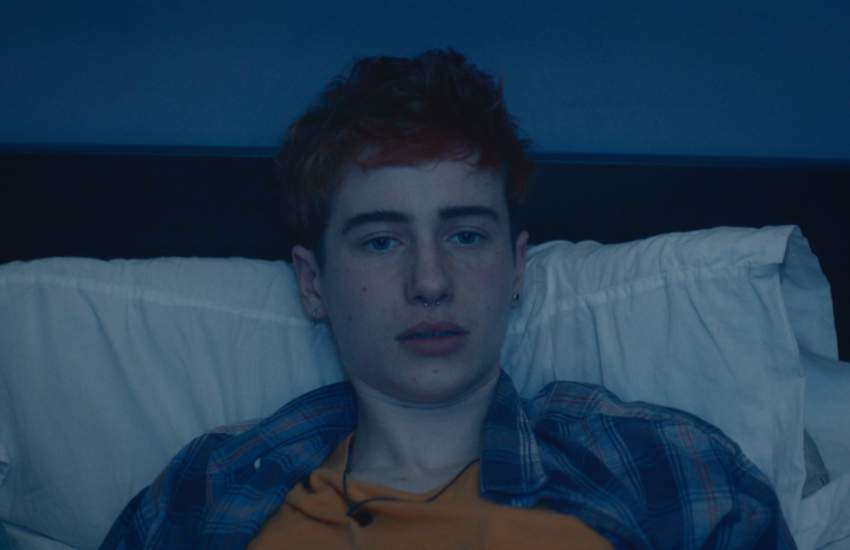 A scene of F*ck The Boxes. | Photo: supplied

For years I was never in a serious relationship. I met this awesome person called Georgie at the BFI, we instantly hit it off. We were friends for over a year and made our first film together.

I told all of my other friends, mostly straight girls, how amazing Georgie is. I was in awe of them, but at this stage, I thought it was completely platonic.

Eventually, Georgie came out to me as non-binary. A flick switched inside me. Suddenly I realised all these feelings were not platonic at all.

When we finally got together as a couple I was left wondering why the hell did it take so long to realise. I concluded that labels, of course, serve some purpose, especially when faced with hate labels can help strengthen us. But labels should not restrict us, they shouldn’t force us to live inside a box, F*ck that; F*ck The Boxes.

My aim with F*ck The Boxes was to create relatable likeable characters that the audience could connect and laugh with.

By showing such a sweet love story I hoped the audience could leave the cinema with an open mind.

You would think the LGBTI community would be the most open and welcoming space but often it isn’t.

For example, Pride can often feel as if it is only for gay men. We often see biographies on Grindr that say ‘twink bottoms only’ or even worse, ‘no fems, no blacks, no Asians’.

I find these attitudes damaging, F*ck The Boxes challenges this and I hope LGBTI audience members will question their own stance.

I want people who are outside the LGBTI community to realize that there are happy LGBTI love stories too. 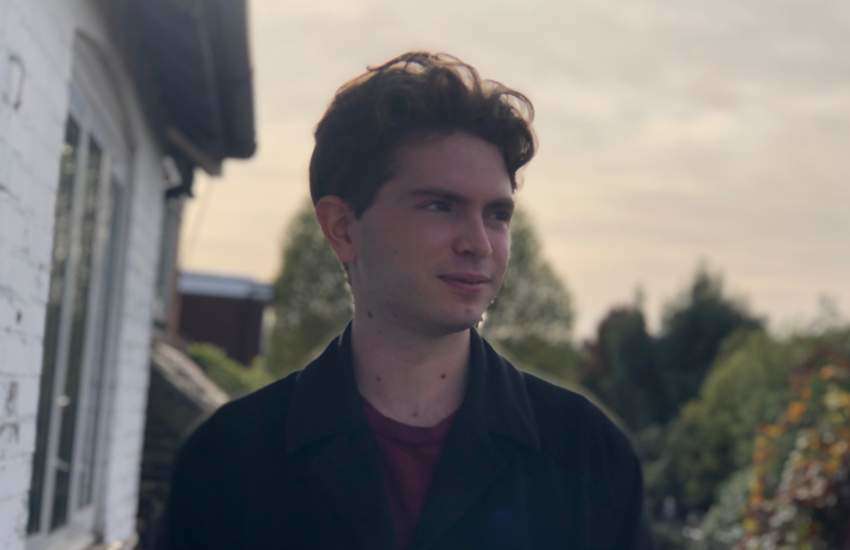 Queer cinema tends to depict LGBTI life as a harrowing fight against homophobia and transphobia.

Although it still is for a lot of people, I wanted to bring a new perspective to queer cinema, a brighter one. A perspective where being queer isn’t the biggest challenge we face in life. I also hope to inform audiences of the non-binary gender, you’d be surprised how little people know about the topic.

We have screened the film all over the world and it has been a joy. After a successful festival circuit, I was asked to screen the film in a Greek youth film festival and give a talk.

I was flown out and given a place to stay, but on the morning of the screening, they called me into the office. They sat me down and told me, ‘We’re really sorry but we cannot screen your film. We have far-right Nazis in our local community that we don’t want to lose the support of’.

I was in shock, I spoke to the press and was featured on the front cover of a local paper. After a lot of pressure, I persuaded them to screen it, but only with a trigger warning beforehand, after which several people left.

When the screening ended, we received an applause and many audience members came up to me to share their thoughts. They admitted to not knowing anything about the topic beforehand but had been moved by the film.

This reaction is more than anything I could have hoped for. Sharing my story had opened minds and exposed an audience to something they never would have come across otherwise. Because of this experience, I can now say that F*ck The Boxes is a film that the Nazis don’t want you to see.

F*ck The Boxes is set to screen at on Thursday 13 June as part of Shorts Vol.3.