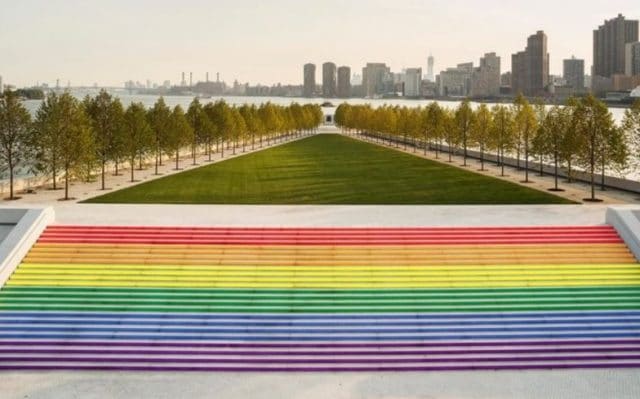 As part of World Pride celebrations, the FDR Four Freedoms Park has announced that it will be transforming its steps into one of the largest rainbow flags in the world.

The rainbow steps were unveiled yesterday (June 14), and will remain in place until the end of the month. The rainbow steps are intended to celebrate the progress of LGBTQ rights since the Stonewall riots in 1969, as well as the ongoing fight for universal equality.

The park will be hosting the event due to the Four Freedoms Speech that former US president, Franklin D. Roosevelt made. Those four freedoms are the freedom of speech and expression, freedom of worship, freedom from want, and freedom from fear.

The park will also be hosting its own World Pride event today (June 15), featuring food trucks, and a Drag Queen Story Hour with books from Little Bee Books. VideoOut will also be present throughout the day. 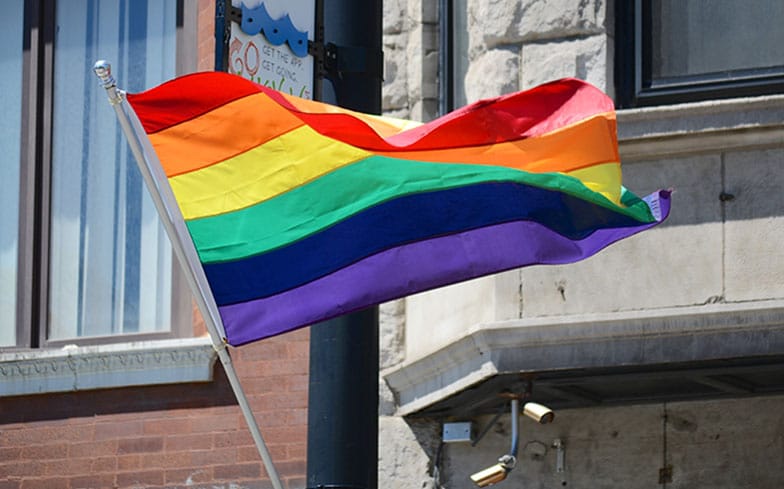 Earlier this month, the Tr*mp administration banned its embassies from flying the rainbow flag for Pride Month. The report comes from embassies based in Brazil, Germany, Israel and Latvia.

US Vice-President, Mike Pence defended the move earlier this week, arguing that it was the “right move” despite knowing that it would disappoint members of the LGBTQ community.

“Well, look, as the president said on the night we were elected, we’re proud to be able to serve every American, and we both feel that way very passionately,” he said.

“But when it comes to the American flag pole in American embassies in capitals around the world, having the one American flag fly I think is the right decision, and we put no restrictions on displaying any other flags or any other displays at our embassies beyond that.”