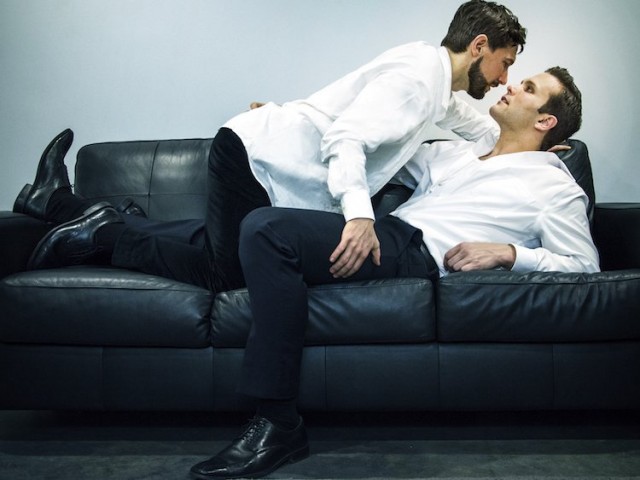 Fellow Travellers is among the first operas dedicated to gay love. Based on Thomas Mallon’s novel, Fellow Travelers reflects the  romance between Hawkins Fuller, “a Harvard-educated WASP who works at the State department”, and Tim Laughlin, a young Irish Catholic wanting to become a journalist.

In an interview, Mallon was asked about his new themes, such as homosexuality and he revealed that this is a theme you can find in his books, but presented in a more subtle way.

Gregory Spears and Greg Pierce took the novel and put it on the scene of Cincinnati’s Opera. The protagonists of one of the most artistic piece of gay art will be Aaron Blake (Tim Laughlin) and Joseph Lattanzi (Hawkins Fuller).

The two of them talked about it. When asked how gay the piece will be, Lattanzi replied: “It’s pretty gay, but also very human, and I think everyone has either felt one side of this relationship at one point or another. And…there is also a gay sex scene—tastefully done. Or at least I hope it’s tasteful.”

Aaron Blake added that it’s not just a gay story, it’s also a love story: “It’s wonderful in the fact that it contains gay subject matter, but it’s not just about being gay—it’s a love story. I think people will look beyond the gay factor and instead their focus will be on how real the emotions between the two characters are.”

Lattanzi revealed that the whole team is made of gay people, including him and his co-star. Blake is confident that the story will attract a wide audience, not only gay people.

Performances of Fellow Travelers will take place in June and July at Cincinnati’s Opera.