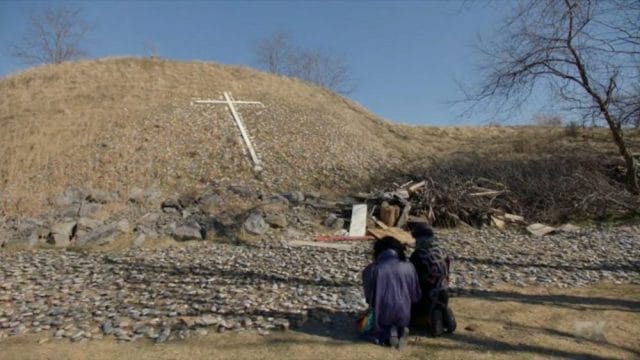 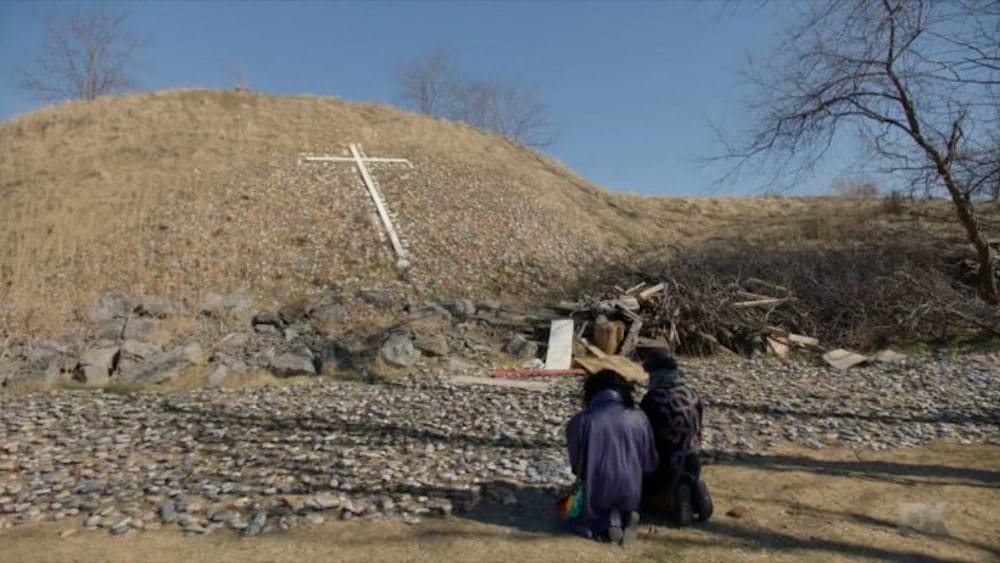 Hart Island is a small islet located a mile east of the Bronx. It’s one mile long and a third of a mile wide (roughly 213 acres), and during the mid ’80s and ’90s, New York City buried thousands of people who’d died of HIV on the island out of fear the bodies might infect others.

The island and its dark history were recently explored in season two of Ryan Murphy’s groundbreaking FX drama series Pose. Two HIV-positive queer characters visit the island in 1990 to visit the grave of their dead friend.

True to history, the friend’s grave is marked only by a number. Crates, each with a dead body (some weeks or months old) were stacked atop one another deep in the soil. Men in hazmat suits, some of them Rikers Island prisoners forced to become gravediggers, walk around the island rubble as bulldozers covered the graves in earth.

Although the city only buried 17 HIV-positive people there during 1985, they continued to do so well into the ’90s. The number of HIV-positive people buried there is estimated to be in the thousands, but city officials are reluctant to provide exact numbers because of longstanding criticisms of the island’s crude handling of deaths at the time.

Often people who were buried there had been rejected by their families for their HIV-status. At the time, many funeral homes and graveyards refused to accommodate people who had died of HIV-related illnesses for fear of contagion. Hart Island became the only possible resting place for many of these unclaimed and rejected bodies as well as for poor people who couldn’t afford to bury family members killed by the epidemic.

The New York Times says Hart Island could be “perhaps the single largest burial ground in the country for people with AIDS.”

New York is considering considering policy changes to make Hart Island more accessible to those whose relatives are buried there. Until then, its history is kept alive by those who know about it, media like Pose and The Hart Island Project, an interactive website that has a database of its burials, including those who were HIV-positive.