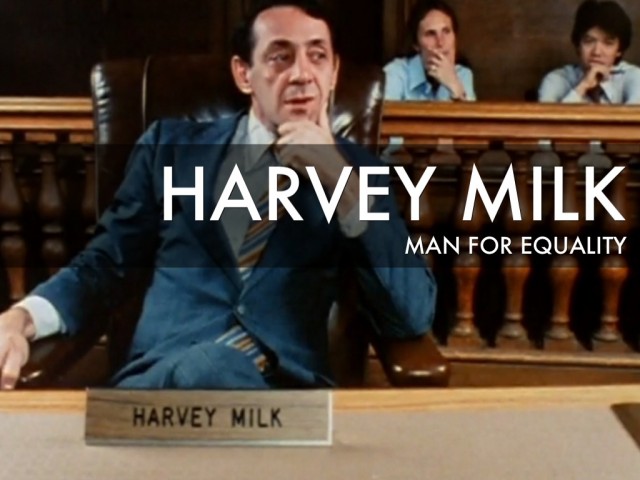 Controversial changes can only occur through some kind of social mutiny and sometimes these social acts become one man’s personal struggle with the system and the world. His name was Harvey Bernard Milk and he was the one who decided that man makes society and not the other way around. Milk wrote history when he was elected as the first gay component of the San Francisco County Board Supervisors, a thing that was unheard of before. The words that he addressed to his supporters in the election night are still memorable today: “This is not my victory – it’s yours. If a gay man can win, it proves there is hope for all minorities who are willing to fight.” During his time the discrimination of gay people was higher than ever and the policy allowed employers to fire those employees who turned out to be LGBT, something that Milk was able to change that through a Gay Rights Ordinance that prevented such future cases.

Harvey Milk’s friends said he was a humorous person, extremely well spoken and with deep convictions and ideas and that he would have done anything to help educate the society he lived in.

His open mentality wasn’t, however, on everybody’s liking, and he began receiving plenty of hateful letters, many of the containing death threats, which led Milk to record his “last words” that were meant to be read in case of his death, saying: “If a bullet should enter my brain, let the bullet destroy every closet door.” This was a bitter prophecy.

In an interview in November 1978 he said: “What I’m going to do is call upon the gay community to come out now. Keep the education going, keep talking one-on-one, talk to your relatives, your friends, your family so that they can find out about gay people and shatter the mist once and for all, so they can live in harmony.” Little over two weeks after this speech, Harvey Milk was fatally shot, on November 27th, by Dan White, a former police officer that didn’t share Milk’s position towards the gay community. His relentless fight for human rights and freedoms is what made him a hero for many people of his time and an icon for generations to follow.