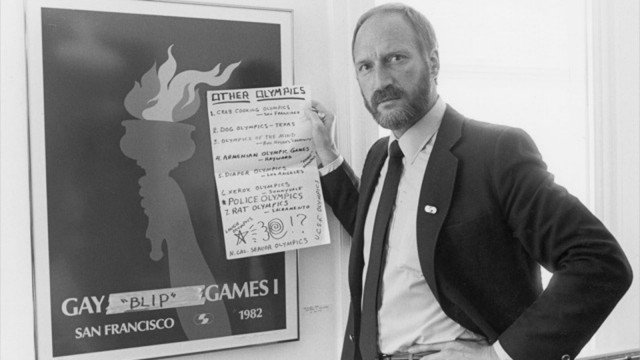 Being born in a world that is reluctant to accept diversity doesn’t announce an easy life, but there is one man that decided to take his destiny into his own hands and also helped other people to do the same along the way. His name was Tom Waddell and his career as an athlete and a reformer are widely known and accepted today. His life was tumultuous and filled with controversy, but it was what Waddell considered to be a life worth living for. He placed sixth in the world decathlon that took place in Mexico City in 1968 and he was also a footballer and a gymnast.

Aside from that, he worked in the U.S. Army as a paratrooper and a physician specialized in infectious diseases, coming almost as an irony to the fact that he suffered from AIDS.

Open about his sexuality, Waddell never feared to show the world who he is and he deeply believed that setting up a Gay Games event would help homosexuals to regain their dignity, while also breaking down social stereotypes about the LGBT community. Tom Waddell equally loved men and women and he had many lovers throughout his life. In 1970 he had a five year relationship with Lee Brian, after that he met Charles Deaton, with whom he appeared on the cover of People magazine, striking a world first in this regard, and later, in 1981, two other people made it to Waddell’s heart: Zohn Artman, a wealthy personality and the lesbian athlete Sara Lewinstein, with whom he married and had a daughter named Sarah. The first “Gay Olimpics” took place in 1982 and were a breakthrough in a close and reluctant society. Today, Waddell keeps reminding us that what makes us human is the respect for other’s rights to freedom and love. And the entire world needs love in order to survive.