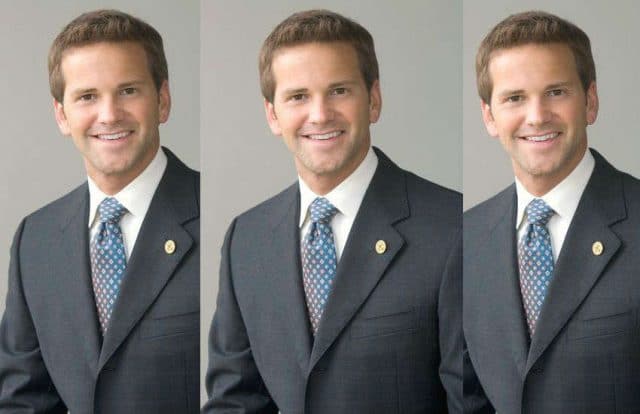 A Statement of Organization was filed last week with the Federal Election Commission for the “Schock for Congress” campaign, LGBTQNation reported.

Schock, 37, is listed as the campaign treasurer upon the documents, even though the campaign reportedly has no funds.

The politician served as a US Representative from Illinois from 2009 to 2015. However he resigned after being accused of misusing campaign and public funds.

He was also the subject of a congressional ethics investigation and was indicted by a federal grand jury.

Federal prosecutors dropped charges earlier this year in exchange for paying $110,000 in restitution and taxes.

At the time, the Republican told CBS News that he hadn’t ruled out the possibility of returning to politics at some point in the future.

‘At 37-years-old, I don’t think I’ll ever say never,” said Schock. He added that he had “enjoyed being out of politics the last four years.’

Schock has proved a controversial figure among the LGBTI community. While in office, he campaigned against a number of issues including gays in the military, marriage equality, and LGBTI hate crimes.

However, although not openly gay, photographs have been widely circulated apparently showing Schock making out with a man in public while putting his hand down the man’s shorts.