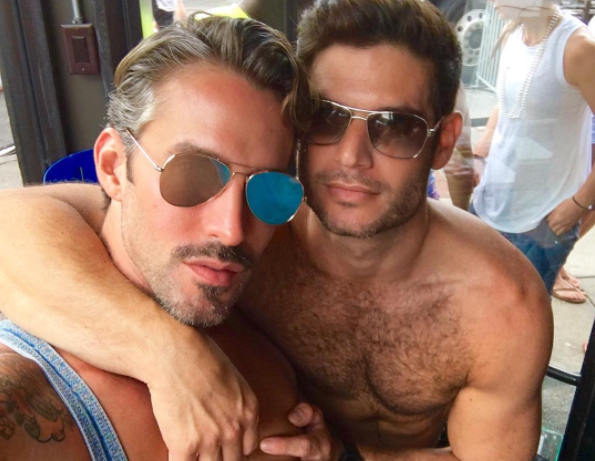 Logo’s disastrous Finding Prince Charming reality show may be over, but the drama continues on.

A little backstory: Spodick works as real estate agent in New York. He appeared in six episodes of the show before suffering an onscreen meltdown, crying uncontrollably and accusing the other contestants of plotting conspiracies against him before ultimately walking off the show.

Now months later, it looks like his feelings haven’t changed much because he holds absolutely nothing back in his latest Instagram tirade against Sepúlveda.

First, he accuses the prince of being a hooker:

How about being authentic that you’re still hooking. It’s been proven many times that you are.

Then he says he isn’t a real “interior designer”:

Also branding yourself as an “interior designer” when we all know that is a completely, and poorly, manufactured FAKE business, I mean, your portfolio speaks for itself.

Then he accuses him of stealing:

How about coming clean that you embezzled over $40K from the Atlanta rainbow crosswalks project. I just happen to be friends with some of the donors. They want their money back! Also, stealing Rolex’s off the nightstand of your hookups.

Then he says he beat his ex-boyfriends:

How about being authentic about the fact that you have physically abused your partners in every relationship that you have had, including and not limited to launching blunt objects at their head, like a computer.

No response yet from Sepúlveda’s team. Though the reality star did tweet this earlier today:

Love, love, love, love! Sending everyone love as we start a new week together! Everyday is a fresh start, a new beginning! ??❤️?? pic.twitter.com/HTMaa9Sjqg