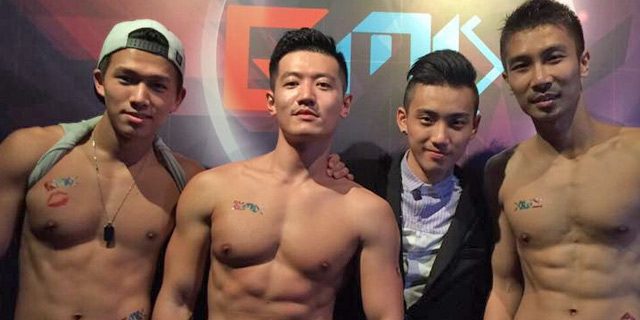 ‘It has been the thriving heart of the gay scene for more than a decade’.

A fire on Sunday night caused serious damage to four businesses in Taipei’s first openly gay area, including some of the most famous and visited gay bars in the city.

Firefighters rushed to the scene at the Red House Theater in the Ximending district but by the time the fire was extinguished the damage had already been done.

Gay Star News spoke to Café Dalida owner, Alvin Chang who says the fire started at the back of Alley’s Cat, a pizza restaurant and spread to G-MiXi, Café Dalida and Ta Ke. He also said G-MiXi saw the worst damage.

Police have since arrested a suspect which turns out to be a homeless man and repeat offender according to the Facebook page of G-MiXi.

“He destroyed nine years of hard work just because he was bored,’ says the post.

Below are some images showing the damage.

One of the most famous and prominent drag queens in Taipei, Magnolia La Manga told Gay Star News: ‘It was heartbreaking to hear about the fire. Not only is Hong Lo (Red House Theater) a historic part of the city, it has also been the thriving heart of the gay scene for more than a decade.’

Café Dalida has been its soul and we hope we will all have our little corner in paradise back, a little place that looks like Italy.’

The Red House Theater was built in 1908 under the Japanese rule and is a hub for cultural activities, concerts and events, including both Taipei Pride and the Mr. Gay World Taiwan pageant.

It is not yet certain how the damage caused by the fire will affect both of these events scheduled for October.