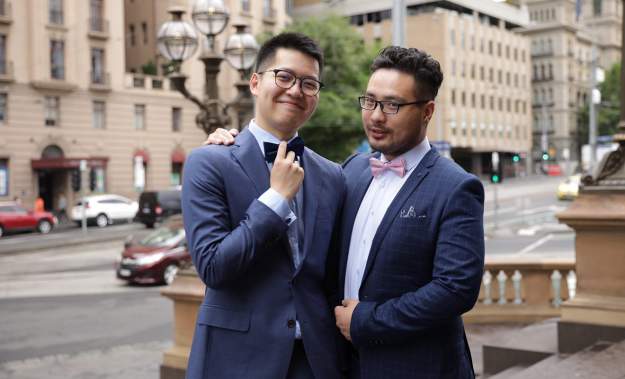 How long does it take to know you’ve found the one? A couple years? A few seconds? Well, one couple says it only took them two months.

“Many people don’t believe in true love at the first sight,” said Ricky to DNA, “But, luckily, we found it.”

On top of that, they also believe they are the first Chinese Gay couple to get married in Australia after marriage equality was legalized in the country.

“Our wedding caused discussion among Melbourne’s Chinese gay people – there is no other Chinese gay couple who got married; just us.”

The two first met through a gay dating app after Zak had broken up with his last boyfriend who he feels didn’t appreciate him.

“He noticed me and said hello,” Ricky explained of how the two met online. “There is a love story secretly happening between us. Next, we date and hang out, like most lovers do.”

“He told me his last awful relationship with another guy. I told myself, after listening to his sad story, that I should treat him very well to compensate for all his painful experiences in the last relationship. He deserves a better guy to love him.” 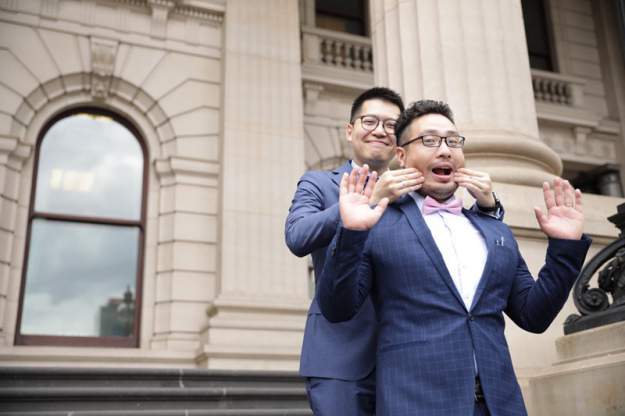 Despite their love for one another, the short time that they’ve spent has caused some controversy within their social circles.

“It’s natural for them to have questions,” said Ricky, ““Gradually, they understood our decision and gave us their sincere blessing.”

Unfortunately, that’s not the only wedge in the two’s happiness.

While Zak is a permanent resident of Australia, Ricky isn’t. In order for the two to live together permanently, Ricky has to go back to China and stay there for a year before he can officially move to Australia.

On top of that, the two haven’t shared their marriage news with their parents who live in China.

“They did not know of our wedding… if they did they would not accept us. We plan to tell them when we’ve been married two or three years,” says Ricky.

Despite the assurance that their families won’t accept, the two are determined to stay strong together. 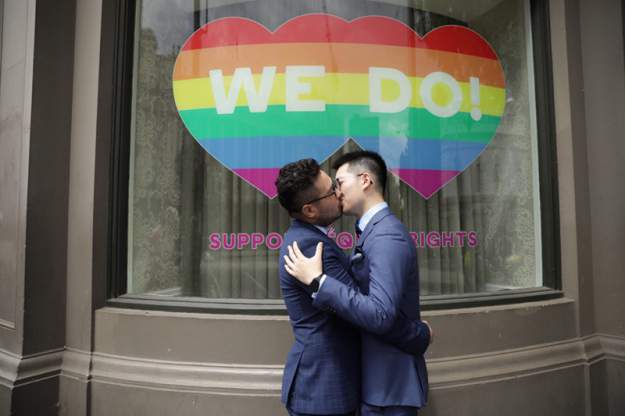 “We do not need to feel shameful and depressed, there are lots of LGBT friends and supporters to stand by us. Love makes this world moved, and we are proud to be part of the love,” says Ricky.