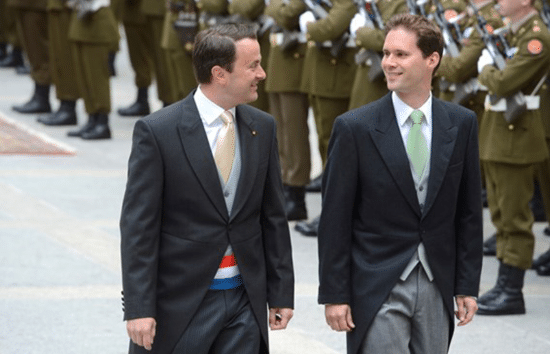 The first gay EU leader to be married said his same-sex marriage would condemn him to death in some of their countries.

The conference room at a summit of EU and Arab states fell ‘silent’ when Bettel made his statement.

‘Saying nothing was not an option for me,’ he said.

Bettel planned to make the statement at the first gathering between the EU and Arab League.

Homosexuality is punishable by death under sharia law in Saudi Arabia, Sudan and Yemen.

The summit took place in Egypt. Homosexuality is punishable by up to 17 years in prison.

However, the crackdown on the LGBTI community goes far beyond that.

Just last month, a TV host was jailed for one year for interviewing a gay man on his TV show.

He will be put under surveillance for one year after leaving prison.

‘If I only talked to flawless democrats, then I would end my week already by Tuesday,’ he said.