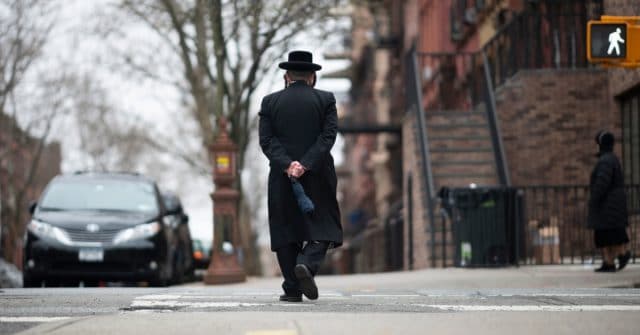 A gay rabbinic student has been ordained in Jerusalem, marking a progressive shift towards the widespread acceptance of homosexuality within the Orthodox community.

Daniel Atwood – who is 27-years-old and became engaged to another man late last year – was first denied being made a communal leader by a liberal seminary in New York, despite completing his studies at New York’s Yeshivat Chovevei Torah and being told previously that he would receive the honour.

Instead he travelled to the Israeli capital, where he was welcomed into the rabbinate by Daniel Landes.

“I was told three years ago that my giving women semichah [rabbinic ordination] would create chaos and damage them and their families and dumb-down Torah learning. The opposite has been the case,” Landes explained to the 200-strong audience during the ceremony. “Here’s the real question. Is our Torah and halachic system so weak and devoid of resources that it cannot be challenged by a new situation? The Torah is perfect, only when and if it restores the soul. That’s what we need to work for.”

Speaking about his role within the community, Atwood told the Jewish Telegraphic Agency: “I feel very excited to be receiving semichah and very grateful to Rabbi Landes and [his organization] Yashrut for taking me on.”

Later, he added that he hopes to become an authoritative figure who isolated Jews can turn to, regardless of their sexual orientation.

In an opinion piece that was published alongside the news story, Landes urged Jewish Telegraphic Agency readers that the community “desperately needs gay Orthodox rabbis” and to ignore that fact could prove to be a “dangerous” mistake.

“Biblical commandment does not give us license to ignore or abuse the significant number of carefully observant Jews who are LGBTQ.

“Orthodox yeshivot will tell you that they simply don’t have such students. For gay students to survive in such an environment, they must not give any hint to their orientation, which in the hot-house of yeshiva life soon becomes a radical form of self-denial.”

Landes went on to detail how, when queer students are unable to hide their sexuality, rabbis and parents often will them into undergoing harmful conversion therapies.

“Conversion therapies typically utilize repeated inducements of shame and pain, and most often lead to a breakdown rather than a successful modern-day exorcism. Nobody gets cured; plenty of people get hurt.”

Daniel Landes, the American-Israeli leader who welcomed Atwood into the rabbinate, says the community is in desperate need of LGBTQ Orthodox rabbis (Getty)

Likening it to when he opened the first West Coast education programme for Jewish women to study rabbinic texts, he continued: “Gay Orthodox rabbis will be able to ask more from their ‘congregants’ than straight ones in all sorts of religious and communal areas, for they possess a shared experience and language – and thus credibility.