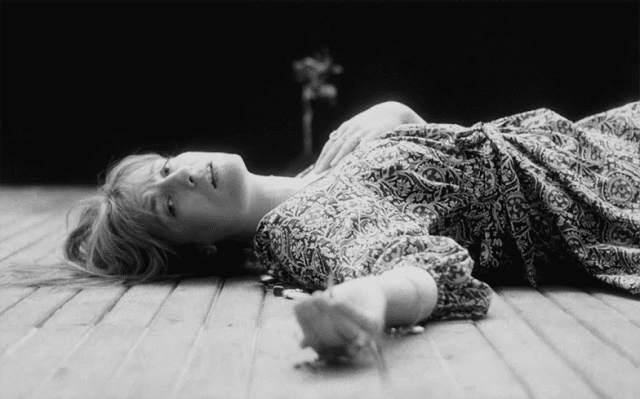 It’s hard to believe that Florence + the Machine have been releasing music for ten years now, but a full decade on from the launch of their July 2009 debut album Lungs, the 65,000-strong crowd at Hyde Park was treated to an impressive headline set from Florence Welch and her bandmates. It’s an enjoyable end to the day’s festivities, which saw support from American alternative rock outfit The National and Swedish singer-songwriter Lykke Li.

Florence rarely spoke to the crowd – in one candid moment recognising that between-song banter isn’t her strong point – but she took the time to highlight the number of women headlining the BST festival, which last weekend saw Celine Dion and Barbra Streisand headline their own concerts. After acknowledging that female representation is still too low on the festival circuit, she invited the crowd to join the matriarchy, pointing out that it’s not that bad and suggesting we try it elsewhere – which elicited jubilant whoops and cheers from her adoring audience.

This is a concert all about the songs and Florence’s signature voice, of course, which was on fine form during the warm summer’s night. With the notable absence of their only UK number one Spectrum, all the other expected hits were present and correct. Dog Days Are Over was just as much fun as it’s always been, You Got The Love received a euphoric response and Kiss With a Fist was a surprising but enjoyable closing number for the main set. Shake It Out was unsurprisingly the grand finale, creating a wonderful atmosphere as the crowd sang emphatically along.

Florence is a talented front-woman, and while she’s a little awkward with the chatter, she makes up for it with an attention-grabbing and energetic performance. We were impressed that she was able to sing so powerfully while twirling and pirouetting across the stage in a flowing dress, while she also delivered a couple of songs immersed within the crowd, having jumped the safety barrier – much to her fans’ delight.

We were thoroughly entertained by our evening spent in Hyde Park with Florence + the Machine. We’d have liked the opportunity to have a sing and dance along with Spectrum, but even with their biggest hit missing, Florence and co were still able to deliver an enjoyable and uplifting concert. A lovely way to spend the weekend.